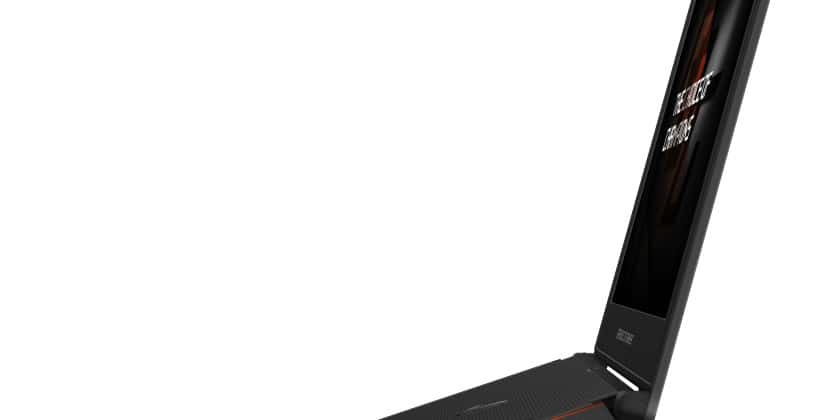 ASUS Republic of Gamers (ROG) announced the launch of Zephyrus, the world’s slimmest gaming laptop powered by a 7th Generation Intel Core i7 (Kaby Lake) processor and the latest NVIDIA GeForce® GTX 1080 graphics with Zephyrus features the Windows 10 Creators Update, which improves the performance of PC games via the all-new Windows Game Mode, and makes it easier to perform native game-streaming with Beam, Microsoft’s streaming service.

The laptop will be unveiled and showcased for the first time in India on August 20, 2017 at Hotel Lalit Ashoka, Bangalore on the sidelines of ROG Masters South Asia finale. The mega event will also witness around 1500+ gamers who have pre-registered to attend the event.

Peter Chang, Regional Head – South Asia & Country Manager – ASUS India said, “ROG aims to create laptops that are slimmer, cooler, quieter and more powerful than ever before — to fully address the needs of today’s highly mobile gamers. ROG Zephyrus is the result of this persistent dedication to gaming innovation. Being the first notebook to feature NVidia Max-Q design technology, ‘Zephyrus’ is the thinnest, lightest yet one of the most powerful gaming laptops at the moment.”

Max-Q technology: An integral part of NASA’s mission to launch man into space, is defined as the point at which the aerodynamic stress on a rocket in atmospheric flight is maximized. Thus, the design of the rocket is precision-engineered around Max-Q. NVIDIA has applied a similar philosophy to the design of gaming laptops, enabling OEMs to build laptops that are 3x thinner with up to 3x more performance of previous generation. With Max-Q designed laptops, gamers can experience high-fidelity gaming and high-resolution entertainment whenever and wherever they want it. Max-Q designed laptops support the entire GeForce gaming platform, which includes the latest gaming technologies, Game Ready drivers, NVIDIA G-SYNC display technology, VR, 4K gaming, and more.

Vishal Dhupar, Managing Director, South Asia, NVIDIA said “In line with NVIDIA’s vision of constantly pushing the gaming industry and enhancing choices for customers, we are delighted to introduce NVIDIA Max-Q powered notebooks in India. The Asus ROG Zephyrus marks a new era for gaming notebooks, one where gamers can expect powerful performance without compromising on the aesthetics. Enabling OEMs to build laptops that are 3x thinner with up to 3x more performance, gamers can now experience high-fidelity gaming and high-resolution entertainment whenever and wherever they want it.”

ROG-exclusive design and cooling system: ROG Zephyrus is cooled by an exclusive Active Aerodynamic System (AAS) that runs cooler and quieter without sacrificing performance. AAS incorporates unique AeroAccelerator (AA) technology that increases the speed and efficiency of airflow through the laptop. The fan’s 3D-curved surface cover and accelerator guides enhance airflow and move heat away from the components more efficiently. When Zephyrus is opened, a portion of the bottom of the chassis flexes to increase the airflow volume by 20 percent and further increase air circulation. AAS maximizes system stability as well as gaming and thermal performance, and it allows full utilization of the CPU and GPU, so gamers can engage in marathon sessions without fear of interruption.

Perfected gaming keyboard with Aura RGB lighting, innovative touchpad with 10-key functionality: ROG Zephyrus features a keyboard positioned at the front of the chassis — a design that allows better cooling of internal components while providing a more comfortable and familiar experience for gamers accustomed to desktop keyboards. ASUS Aura RGB lighting technology provides dynamic and customizable lighting effects over the entire keyboard, as well as separately highlighted customizable effects for the WASD and QWER key groups, allowing users to create a gaming ambience that matches the feel of their game. Anti-ghosting keys ensure commands are instantaneously and correctly interpreted — even when up to 30 keys are pressed simultaneously. The keys have been ergonomically designed to provide optimum comfort and typing accuracy. Zephyrus positions the touchpad to the right of the keyboard and also integrates a 10-key function that is easily activated by a hot key. When activated, a red backlight illuminates the 10-key functionality.