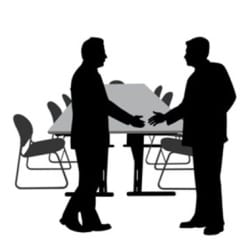 Xerox announced the appointment of Ashraf ElArman as Managing Director of Xerox India, effective June 22, 2015. He will be responsible for new business development, driving growth and achieving business objectives for the country.

“Ashraf will be responsible for leading the Xerox India organization to achieve the company’s business objectives as part of Xerox Developing Market Operation’s growth plans for Xerox India,” said Roy Harding, Chief Operating Officer, Developing Markets Organisation, Xerox.  “India is a significant growth market for Xerox and we will focus on continued channel expansion as well as extending our coverage and expanding our partner relationships throughout India.”

Ashraf joins Xerox India from his role as General Manager of Xerox Egypt. He has been with Xerox since 1990 and has held various senior-level positions including Director of Marketing and Director of Sales Operations. He is a Lean Six Sigma Master Black Belt for Xerox and has a Bachelor of Arts in Management from Helwan University. Ashraf will be relocating with his family from Cairo to New Delhi shortly.

“India is a country with great potential and with the investment and business climate looking up, it offers a tremendous growth opportunity”, says Ashraf ElArman. “I accept this role with great enthusiasm and look forward to working with the team to expand Xerox India business further.”

Xerox India appointed Vineet Gehani as Director of Technology and Channels in Nov. 2018. He…