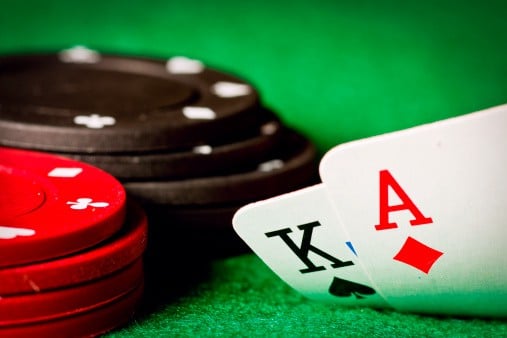 Artificial Intelligence has created yet another record by beating top professionals/ poker players in the world. An AI-based system named Libratus was built by Carnegie Mellon University (CMU), and earned $1.7mn worth chips in a 20-day marathon poker tournament which was held in Philadelphia.

Computers have earlier beaten humans in many games such as chess, checkers and more recently the ancient game called Go. But Libratus’ victory is significant because poker is an imperfect information game. The victory demonstrates how AI can surpass the best humans and reach the next stage in reasoning. Poker is a game where humans deal with the uncertainties. It is similar to the real life situation where two different people deal with the same problem in a different way.

The no-limit Texas Hold’em version of poker is a good example of this. This shows that if AI can perform well at no-limit Texas Hold’em , it can deal with the real life similar levels of uncertainty. Until now, poker was considered immune to machines, but with the victory of Libratus proves that machines can beat human beings at any imperfect information game.

During the 20 day tournament, Libratus was able to shift its strategy so drastically without any human help. According to reports, the victory prompted inquiries from different companies seeking to use Libratus’ algorithm for problem solving. Libratus algorithms can take the rules of any imperfect information scenario or games and can form its own strategy. It can also be used in any situation where information is incomplete such as cyber-security, military strategy, business negotiation, etc.

In this era of technology, it is only a matter of time when AI will take over our many aspects of our life.