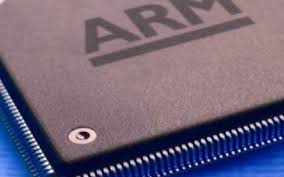 ARM has announced a suite of premium mobile processor technologies to redefine flagship devices from 2017. The ARM Cortex-A73 processor and the ARM Mali-G71 graphics processor offer sustained performance and efficiency gains that will lead to new products with enhanced contextual and visual capabilities. This will allow devices to run high resolution content for longer periods while staying within strict mobile power budgets.
“The smartphone is the world’s most ubiquitous compute device, offering experiences that improve with each new product generation,” said Pete Hutton, executive vice president and president, product groups, ARM. “In 2017, we will see devices with the Cortex-A73 and Mali-G71 processors that stand out thanks to their impressive and sustained performance, and even more stunning visuals. This technology can make engaging with 4K video, virtual reality and augmented reality an everyday experience on a mobile device.”

The Mali-G71 scales efficiently up to 32 shader cores, twice as many as the previous generation premium IP GPU – the Mali-T880. The uplift means the Mali-G71 surpasses the performance of many discrete GPUs found in today’s mid-range laptops. The product is also fully coherent, helping to simplify software development and efficiency. It is ideally suited to power immersive VR and AR experiences on mobile devices and leading silicon providers including HiSilicon, MediaTek and Samsung Electronics have already taken licenses.

Bifrost, the third-generation ARM GPU architecture, is the foundation of the Mali-G71. The architecture is optimized for Vulkan and other industry-standard APIs, building on innovations from the previous Utgard and Midgard architectures.

“VR is one of the most important technological breakthroughs for the gaming industry in a generation,” said Niklas Smedberg, technical director, platform partnerships, Epic Games. “The ability to deliver a compelling VR experience on all platforms, but especially mobile, is critical for the industry’s continued growth and advancement. To enable a great mobile VR experience, devices need to be the highest performing and most energy efficient available.”

“It’s basic math – the sheer number of smartphones in the world is already double PCs and rising, which makes it the single most important device for accelerating VR gaming adoption,” said Clive Downie, CMO Unity Technologies. “ARM is making smart investments that move the mobile VR and AR ecosystems forward. By creating more efficient and powerful technology solutions for mobile they are helping push the boundaries of what is possible in the virtual world and everyone will benefit.”

At under 0.65mm2 per core (on a 10nm FinFET process technology) the Cortex-A73 is the smallest and most efficient ‘big’ ARMv8-A core. Its advanced mobile microarchitecture enables a 30 percent uplift in sustained performance and power efficiency over the Cortex-A72.

Size and efficiency improvements enhance the ability of silicon providers to use the Cortex-A73 in ARM big.LITTLE configurations. These improvements create further opportunities for designers to scale big cores along with the GPU and other IP in a single SoC. Ten partners have licensed the Cortex-A73 so far, including HiSilicon, Marvell and Mediatek.

“In order to deliver more quality and excellent smartphone experiences to consumers, Huawei will continue enhancing the integrated performance of our premium smartphones,” said Kevin Ho, President, handset business, Huawei consumer business group. “The system-level approach that ARM takes in developing its IP is a vital element in ensuring our design teams are able to maximize efficiency and performance across the entire device.”