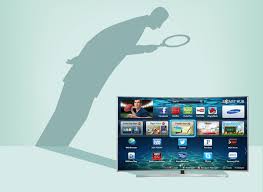 More people are beginning to buy smart devices – like smart TVs, smart appliances, smart thermostats, smart baby monitors, and so on. And homes are getting smarter as more people adopt these devices to enjoy smarter lifestyles.

But are these “smart” technologies intelligent enough, or sensitive enough, to understand that you may not want to entrust them with information about everything that happens in your home? There’s probably nobody manufacturing a smart TV that will think to itself “perhaps my owners don’t want me to record this intimate moment, or this fight. Maybe I should just mind my own business until they’re ready to watch the next episode of The Walking Dead.”

This kind of scenario might seem outlandish, but it’s really not. Mikko Hypponen, Chief Research Officer of F-Secure tweeted about this topic last year, warning that smart TVs may be recording and sharing conversations – something confirmed by Samsung. And as Internet of Things (IoT) devices, many of which are not being built to be sensitive to people’s need for privacy within their own homes, become more prevalent, the number of sensors and transmitters that collect and share data will increase.“I think smart cameras and other home monitoring devices are the potential ‘killer apps’ that will sell the idea of smart homes to many people,” says Mika Stahlberg, F-Secure Director of Strategic Threat Research. “The idea of being able to keep an eye on your dog while you’re at work, or seeing when your kids get home from school, is going to be really appealing for people. Every square inch of a smart home can potentially be monitored using IoT devices that are quickly becoming more accessible and marketed to consumers.”

Essentially, the little cameras that come built-in to laptops, video game consoles, and smart TVs will only become more widespread. But how people can control how these devices function, or how companies use the information collected by these devices, is still unclear. Baby monitors provide an excellent example of how these devices can compromise people’s privacy, as one American family discovered the hard way that these devices can potentially be used to let anyone wiretap your home.

So as people graduate to using smart devices, they’ll need to keep these privacy considerations in mind. One quick fix they can use, as recommended by Karmina Aquino, Service Lead for F-Secure Labs’ Threat Intelligence team, is to change the settings on these devices. In the case of Samsung’s smart TVs, the settings can be adjusted to prevent the TV from recording absolutely everything. But doing this for absolutely every device is impractical, and maybe even impossible.

Mika says it’s time for people to recognize how important it is to keep private information inside their homes, as losing control over such personal information can quickly grow from a minor inconvenience or source of embarrassment into a security issue.“A lot of these newer Internet-connected devices aren’t really common enough to make hacking worthwhile for criminals, but this will change as more people buy them,” Mika says. “Manufacturers will eventually phase out non-smart products, and that’s when the security implications will really start to hit home. These devices will let criminals learn a lot about their potential victims, so securing privacy within a smart home is going to be something people need to do to keep their homes and families safe.”