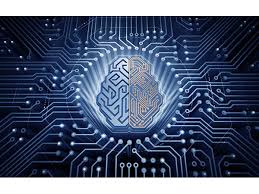 At Microsoft Build, several new projects made their way to the audience. One of the exciting developments for the developers included Azure data and AI services.

Microsoft in its blog states Azure’s AI services continue to empower developers of all skill levels to build intelligent applications with the tools and languages of their choice. Developers with no machine learning experience can access high-quality vision, speech, language, and decision AI models through simple API calls. Developers building their own machine learning models can use tools like Jupyter notebooks, Visual Studio Code, and open-source frameworks, such as PyTorch and TensorFlow.

Posted by: DQINDIA Online
View more posts
How do you apply AI to Azure? Microsoft explains 0 out of 5 based on 0 ratings. 0 user reviews.
Twitter Attempting to Defame India to Hide Own Follies: Indian Government
UGC to Offer 123 Free Online Courses for Undergraduate and Postgraduate Students in July 2021 on SWAYAM

Intuition and innovation: The roadmap for Blockchain and NFTs in 2023

Looking back at 2022, one may be forgiven for thinking that NFTs may be in…

Data Science and its importance in the business world

Data is a powerful force, and businesses worldwide use it to create more intelligent products…

AI trends in 2023: What to expect from the thriving field in the year to come

Artificial Intelligence (AI) is arguably the most ‘transformative’ technology to be developed to date. We…