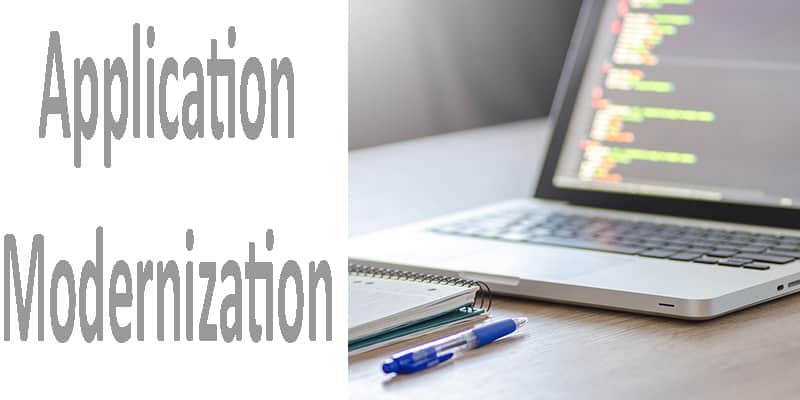 With hybrid, multi-cloud becoming a reality, there’s a need for enterprises to re-architect their applications and make them cloud-ready. Application modernization is the need of the hour and there are many emerging technologies like micro-services, Kubernetes, etc. available for the job. This is a fairly complex task as the number of micro-services and Kubernetes clusters required could easily spiral out of control. It requires careful evaluation of the entire enterprise application architecture. Vendors like VMware are standing up to the challenge with open-source technology solutions like the Tanzu Community Edition to help enterprises on their application modernization journey. We spoke to Craig McLuckie, VP-R&D, VMware to understand how the company is supporting organizations on their application modernization journey, security issues with Enterprise Kubernetes adoption, the future of Kubernetes, and much more. This story is based on his take on the subject.

There are many new realities leading to the need for enterprise application modernization according to Craig. Industries the world over for instance, are under tremendous pressure to drive a positive change due to environmental issues like Covid. Retailers for instance, are trying to figure out new ways of engaging with customers while manufacturers are trying to find ways of dealing with the new supply chain realities. Similarly, every industry is trying to figure out how to engage customers differently or to manage their distributed workforce. “Most of these problems can ultimately be addressed by technology, which is why at the root of this change is the developer”, feels Craig.

The cloud is creating a lot of opportunities for developers, providing them a new class of infrastructure and services that are now available at the other end of an API call. This has its own set of problems as enterprises have their own set of on-prem legacy applications that run their business. Craig prefers to call them heritage applications as they represent how an organization does business and drive customer experiences. The cloud creates a new and attractive destination to access a new class of services and get the enterprise infrastructure at the end of API call. So while the cloud has its own values and advantages, it’s not consistent with what developers have experienced through the on-prem infrastructure. To bring the on-prem applications onto the cloud, they will have to deal with a different set of operating characteristics, tackle quality of service issues, or things like the noisy neighbors. “The first wave of modernization is grounded around a set of workloads that fit well in the cloud context”, said Craig. Moving forward however, organizations will have to deal with the rest of the workloads to fully earmark the cloud’s potential.

“That’s were Kubernetes creates a lot of opportunities and advantages. Its abstraction is low enough level to run pretty much anything, but it’s high enough to hide specific details of the infrastructure environment that you are dealing with”, added McLuckie.

Kubernetes hides a lot of complexities of the cloud environment, giving developers a more familiar environment. It enables enterprises to adopt new practices like DevSecOps, infrastructure code, and GitHub practices to name a few. Moreover, it’s not about one cloud anymore. Enterprises have built applications that run on many clouds, with environments that are running across different geographies. Craig feels that Kubernetes is a necessary ingredient in this journey, giving VMware the opportunity to create consistency across all environments for developers. “Developers might working on prem today, on Azure or Google or Amazon or any other environment tomorrow. By providing those tools to developers, we enable them to unlock those destinations and create a lot of positivity. Kubernetes is the starting point”, added Craig.

Relevance of Micro-Services in Application Modernization

There are many views to application modernization, according to Craig. Some feel it’s a simple lift and shift operation, simply involving packaging an application into a virtual machine and pushing it to the cloud. This unfortunately, doesn’t really make the application cloud native, as cloud has very different operating characteristics. Others feel it requires complete re-architecting of your system to make it micro-services driven. The reality is that it’s neither, but entirely situational. The journey isn’t bimodal, but about understanding the value associated with the change being brought to an application. “Anyone telling otherwise is probably selling you something”, said Craig. “From VMware’s perspective, we’d like to have a walk in the journey with our customers, helping them understand the value associated with each change and decide how far down that route to client native applications you want to go”, added Craig.

Every enterprise is at a different point of their journey to application modernization using Kubernetes. It can range from running hundreds to thousands of applications in a Kubernetes environment. In fact, many organizations start this journey before getting into a formal commercial relationship with a vendor. Their developers simply want to experiment with open- source technologies before taking any decisions on what solution to choose. The Tanzu Community edition is meant for just that, allowing learners and users to manage a Kubernetes environment. “We support the community by making Tanzu intrinsically accessible to developers, providing them with a simple turnkey experience”, added Craig. VMware’s philosophy in this is to help organizations start somewhere on their cloud native journey. Instead of opting for a vendor solution, they can start with open source, play around with it and then decide whether to engage a vendor like VMware in a commercial relationship for support and access to richer capabilities.

The interesting thing is that Tanzu Community edition isn’t meant for any specific types of organizations only. It’s built for anyone who wants to experience cloud native application patterns. A developer could simply download it on the laptop and start playing around with it. Moreover, open source doesn’t mean it can’t be put into production. However, according to Craig, there are some sufficiently sophisticated organizations that could take this edition and run tens of thousands of Kubernetes clusters. That’s because some of VMware’s commercial products are doing exactly the same.

The community edition is very closely related to VMware’s commercial edition, so the transition from one to the other, according to Craig, is painless. It’s as simple as updating a configuration file. The challenge begins when you move from one to ten or tens of thousands of Kubernetes clusters. These become extremely difficult to manage, which is where Tanzu Mission Control comes. It’s VMware’s latest offering that was announced recently. The new offering aims to help enterprises address manageability issues with Kubernetes clusters as they scale up to thousands of numbers. These could be issues related to backups or uniformly applying Identity and Access Management policies, configuration management, baseline diagnostics, data protection, lifecycle management, and so on.

Essentially, Community Edition gives you a Kubernetes baseline while Mission Control gives you a control plane to manage all of it. Then, there are the commercial versions of both to bring support and deep enterprise robustness.

One may wonder that as the Tanzu Community edition is already meant to manage large Kubernetes clusters, then why’s there a need for Mission control? Actually, Kubernetes has not been designed to do federation of clusters that are located in multiple geographies. “It was never designed to support that kind of federation”, adds Craig.

Security issues have been hampering the roll out of Kubernetes in enterprises, according to various studies, and VMware has been actively updating its platform to plug all security vulnerabilities. “If a security vulnerability is discovered, we make it relatively trivial to update your entire Kubernetes cluster”, adds Craig. Also, it’s very easy to mis-configure things in Kubernetes as there are so many configuration knobs and dials to be tuned. That’s where Mission Control helps. It provides a uniform management control plane allowing you to setup your clusters as per your need with the required administrative privileges, security policies, etc.

Kubernetes is an emerging technology and increasingly becoming critical for just about every enterprise. The barriers to entry to Kubernetes are still too high as it’s very complex. However, Craig feels they’re working on making Kubernetes invisible. “We need to come to a point where developers aren’t even aware that Kubernetes is there”, he adds. He also feels that we’ll come to a point where we’ll see emergence of platform as a service experience on top of Kubernetes. “2022 will be the year when we’ll see domain specific PaaS experiences really start to take experiences to the fore”, he concluded.

By Anil Chopra based on insights from Craig McLuckie, VP-R&D, VMware