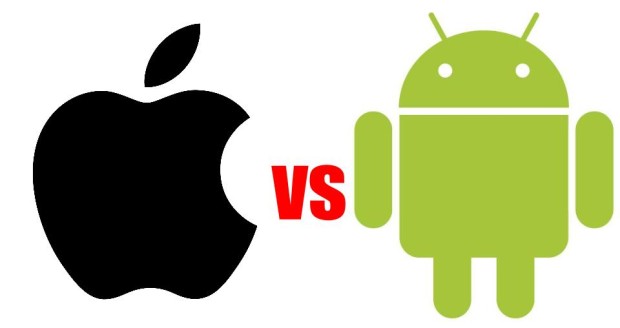 Apple’s India strategy is in the news. There are recent news items which mentioned of Apple’s new strategy for India being selling used refurbished phones in India. This immediately was struck down by the Indian government  and it did get a lot of flak back from the Indian consumer.  At the same time there is a lot of discourse in newspapers and other press fora about Apple’s products and strategy. Apple traditionally has been a premium product provider in all markets that it operates.  While Apple wants to be a premium brand a lot of analysts feel that Apple should be selling to masses. Being a premium brand also means that you would be priced higher. In this context let me quote what Steve Jobs once said: “Apple doesn’t make overpriced products. We simply don’t make cheap ones”. Apple wants to be the BMW, Mercedes-Benz in phones what these brands are in cars. Not everyone buys a BMW, Mercedes-Benz in India unlike the Maruti, Tata etc. simply because these brands BMW, Mercedes-Benz are primarily aspirational, upmarket or premium. Using this analogy Apple has always been an aspirational, upmarket premium brand. Now the business model or strategy for Apple is not volumes but to be selling to a niche audience at a premium price which the niche audience can afford. In order to understand why Apple prefers a niche audience or a select group of customers, let us go back to Apple’s history so as to understand.

The Apple Brand is synonymous to their former CEO Steve Jobs.  In fact there has never been another charismatic CEO in the history of companies and brands. Steve Jobs philosophy for Apple was different. Steve’s philosophy has been to connect people with the Apple Brand. Jobs was a sort of a rebel and also a person who was counter culture when he ventured into the world of computers. At that time IBM was big guy (the Big Computer company)  while he was still a Hippie. This image helped him in getting connected with the people. In a very subtle and precise way, he got people got connected to the brand. This group of connected people were so connected that they started caring for brand Apple . Apple was always a premium brand and never sold cheap.  Jobs vision of the Apple a Brand was one where technology meets art (refer the Mac’s and the fonts).  Apple stands for innovation, class and exclusivity supported by innovation and design.  Apple’s philosophy of connecting people to the brand is a phenomenon called Tribalism. It is a phenomenon wherein people attach their identity to say a cricket team, a company.  This is due to the affinity of humans to feel loyal to one group, and feel animosity to members of the “other” group.   The examples of this affinity could be on attributes like skin color, nationality, religion, school you attend, team you root for, maker of your favorite electronics device, and the list goes on.  In fact companies love it,  when they make their brand as a part of your identity. Apple is good in doing this and better than others in doing this.  In line with this philosophy it is clear that Apple’s customer in India is not the Tom, Dick and Harry but a niche group of people who  form the upper crust or consider the Apple as a brand to have.

This image of the Apple phone being owned by a niche group of people was reflected also in their advertisements. In 2011 Apple released  a major advertisement campaign targeted at iPhone envy. Apple in 2011 had released three new iPhone advertisements that suggested “if you don’t have an iPhone”,  then  you’re missing a lot of things. These three commercials each touted different notable features available on the device in 2011 so as to differentiate it amongst its competitors and be a premium brand.   One of the advertisement  promotes iBooks, another sings the praises of the phone’s built-in iPod and access to iTunes, and a third advertisement  extols the App Store. Each commercial then ends with the line “Yup, if you don’t have an iPhone, well, you don’t have an iPhone.” This killer advertisement made a huge difference and brought about the Steve Jobs Apple philosophy of saying that if you do not have the Apple iPhone you are not in the “select group”. These advertisements appealed to the iPhone envy that some might be feeling, and portray Apple’s phone as far superior. Thus creating an impression that if you want a really good phone, it’s (Apple’s iPhone) your only choice. It was a very smart version of the Onida TV advertisement which Indians remember namely “Neighbours envy, Owner’s pridr”.  There is only one change since the fact that these advertisements were run and the history namely at that time Steve Jobs was the CEO and now it is Tim Cook.  But the major line of thinking still remains the same.

So one thing is for sure that Apple customers are a segmented group and in India these could be the upmarket guys or say folks who come under the topmost tax bracket.  And then the question of Apple India’s strategy would be whether this targeted segment are buying an Apple phone say an iPhone. And surprisingly the answer could be a “yes”.  This can be checked by looking at some raw data which we have. In January 2016, Apple reported a 76 per cent growth in iPhone sales in India for the December 2015 quarter, the highest for any Apple market during that period. In a subsequent report, data firm Counterpoint Research said Apple had shipped nearly 800,000 iPhones into India in the December 2015 quarter, its best-ever, helping it take India shipments for calendar year 2015 to 1.7 million units.

VMware, Inc announced the findings from a joint study with Frost & Sullivan. As the…