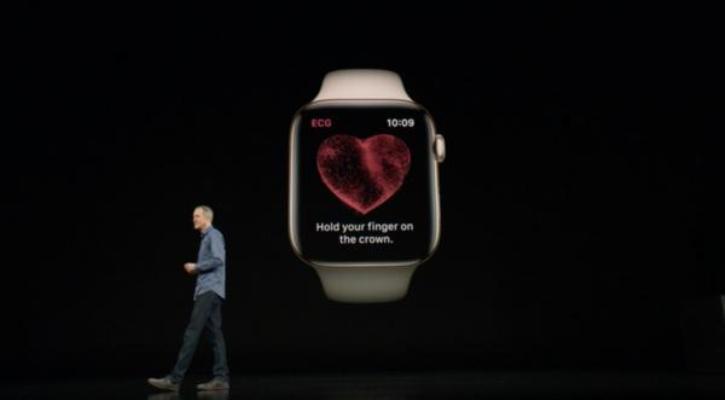 ‘Prevention is Better Than Cure’ is an age old saying, which technology companies now seem to be investing into and putting to use. With the launch of Apple Watch Series 4, it looks like American multinational company Apple wants to be the pioneer in preventive healthcare technology. Apart from improved specifications from Series 3, such as bigger display, 50% louder speaker, S4 dual core 64 bit processor, better mic, and improved cellular reception, Apple Watch Series 4 aims at becoming users’ health guide.

Apple Watch Series 4, using its accelerometer and gyroscope, can detect falls of those wearing the device. After putting in a tremendous amount of data analysis, Apple has introduced this feature into its Series 4 while hoping users “never need this technology”. Falls can cause serious damage to a person and is one of the leading causes of injuries. With the latest technology put in place, if an Apple Watch Series 4 user falls and remains immobile for 1 minute, the device will automatically call SOS. It will also send the user’s location to emergency contacts.

The path breaking innovation, however, is the introduction of the Watch Series’ ability to take real-time electrocardiograms of users. Apple claims that the Watch Series 4 can now detect and send notifications of a slow heart rate in addition to high heart rate. It can screen heart rhythm in the background and identify atrial fibrillation. This technology helps alert users of medical conditions that they did not know they had. This is probably the first ECG product that is being offered over the counter. ECGs can be taken anytime, anywhere by opening the app and putting user’s finger on the digital crown on a real-time basis.

The watch has built in electrodes, back crystal and digital crown that detect electrical impulses from a heart beat and sends it to the S4 processor, which then coverts it into signals for Apple algorithms. The whole process takes about 30 seconds and if the heartbeat is normal, it will be called a Sinus Rhythm or else an atrial fibrillation will be indicated. Apple has received de novo clearance from the FDA for the same. Dr Ivor Benjamin, President of the American Heart Association and practicing cardiologist said at the event that it has become of utmost importance to capture meaningful data about a person on a real time basis and it is changing the way medicine is being practiced. “In my experience, patients report symptoms that are absent during a medical visit, which is why information is vital”.

Data on Cardiovascular Diseases in India

If Apple Watch Series 4 can indeed provide accurate and real-time ECGs as it promises, then it could be an investment worth making as a simple ECG costs Indians anywhere from Rs 130 to 240 each time. Due to predictions provided by such devices, users can go for early medical intervention when a problem is detected saving them almost Rs 1.5 to 2.5 lakhs that open heart surgeries cost in India.

Not just open heart surgeries, emergency bypass surgeries are really expensive as well and may cost up to Rs 5 lakhs in premier hospitals. The Apple Watch Series 4 is pegged to cost Rs 29,000 approximately for the GPS only version, whereas the cellular and GPS version is expected to cost Rs 36,000. Although it may be a tad bit expensive, it seems prudent to invest into preventive healthcare technology that can save lives, money and valuable time provided the technology in question is really good and accurate.

Apple Watch Series 4 May Not Appeal to Indian Consumer Market, Here’s Why

After weeks of speculations and waiting, Apple finally launched its products in a special event…