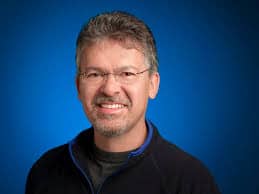 Apple has hired just departed AI and search chief, John Giannandrea, to head up its “machine learning and AI strategy.” He will report directly to CEO Tim Cook.

“Our technology must be infused with the values we all hold dear,” Cook said Tuesday morning in an email to staff members obtained by The New York Times. “John shares our commitment to privacy and our thoughtful approach as we make computers even smarter and more personal.”

The hire is definitely a victory for Apple, which many analysts view as lagging its peers in artificial intelligence, an increasingly crucial technology for companies that enable computers to handle more complex tasks.

While Apple has risen to become the most valuable publicly traded company on the back of the iPhone, many in the technology industry consider Siri (the iPhone’s digital assistant), to be less effective than its counterparts at Google and Amazon.

Apple has made other high-profile hires in the field, including the Carnegie Mellon professor Russ Salakhutdinov. Salakhutdinov studied at the University of Toronto under Geoffrey Hinton, who helps oversee the Google Brain lab.