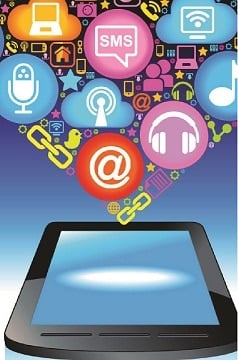 Apple and android stores continue to drive growth but Win   dows Phone, Firefox, and Amazon have their niches too

The mobile services landscape has never been the same since the iPhone was launched in 2007. That is true not just of the smartphones and other devices but also of the mobile operating systems.

And even though the arrival of iOS and iPhone was eventually instrumental in pushing out the mobile OS and smartphone leaders aka Symbian and Nokia from their leadership positions, the ‘i’ phenomenon can by no means be termed as disruptive in a general sense of the term; it has actually lifted up the entire ecosystem and helped spawn a whole new breed of services and providers.

The app store model played at least as significant a role as the iPhone in enabling Apple to change the rule of the mobile data game, shifting it decisively away from the long-standing telecom value added service (VAS) model.

This has disrupted the telcos’ revenue models for mobile data and there has been an increasing clamour by the telecom industry to devise ways in which a part of the OTT apps revenues discretely comes to the teclos’ kitty. One industry thought has been to charge a fee whenever the subscriber downloads an app but the counter argument has also been that telcos anyways make money as the app download and usage lead to mobile data consumption.

There also is another flip side to the runaway apps success story, that while there are millions of apps around, only a small percentage of those apps have been commercial successes. That may also be contrary to the notion that apps have led to a democratization of the development ecosystem.

Nonetheless, the apps phenomenon is only expected to grow bigger, with the combined cumulative downloads for Apple’s App Store and Google Play alone crossing 100 bin in 2014. A Gartner release earlier estimated the app downloads to cross 268 bn by 2017, even as the rate of growth is expected to slowdown considerably between 2013 and 2017.

Also, revenue from in-app purchases is expected to rise by considerable proportions. Gartner said in-app purchases would account for 48 percent of app store revenue by 2017, up from 11% in 2012.

While the iOS and Android app stores continue to be the leading stores, a number of others stores exist as well, the better known among which are the Windows Phone and Amazon stores while Firefox Marketplace is the latest kid on-the-block.

5 Ways How 5G Will Help Embrace a Sustainable Future

When was the last time you did a zoom call, uploaded your family album on…

How can Indian SMBs resist the slump

Today, the world is at the precipice of a major shift. Economies are slowing down,…