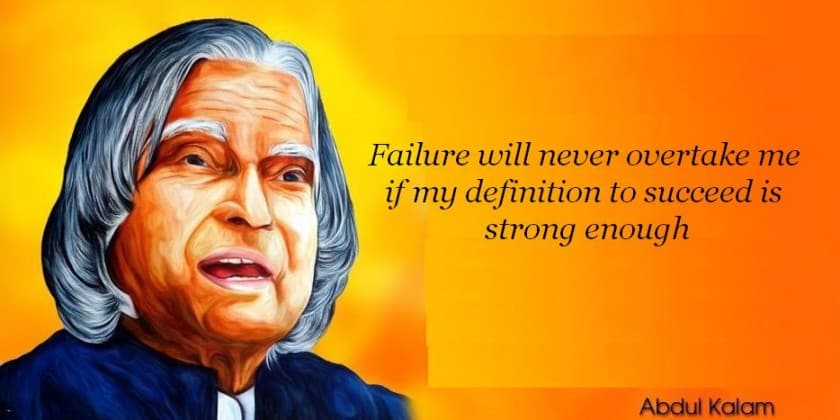 There are very few men whose legacy lives on even after their body leaves Earth. APJ Abdul Kalam was one such gem, and it is indeed a matter of pride for India to have had him as a former President and contributor to the field of technology. APJ Abdul Kalam history and his wise quotes continue to inspire and encourage millions of students and businessmen across the world even three years after his untimely demise. As the nation remembers him on 15 October, which marks his 87th birthday, let us reminisce one of the most amiable personalities in India.

Abdul Kalam, the youngest of four brothers and one sister in his family, studied physics and aerospace engineering from the Madras Institute of Technology in 1960 after which he spent the next four decades as a scientist and science administrator at the Defence Research and Development Organisation (DRDO) and Indian Space Research Organisation (ISRO).

The highly affable politician was fondly known as ‘The Missile Man’ for his work on the development of ballistic missile and launch vehicle technology. Serving as the project director of India’s first Satellite Launch Vehicle (SLV-III) which was used to deploy the Rohini satellite in July 1980 and work on the Polar Satellite Launch Vehicle (PSLV) project are what contributed to ‘The Missile Man’ status.

Kalam also played a vital role in the Pokhran II nuclear test conducted in 1998 after a long gap of 24 years in India. Kalam in his tenure as scientist also worked under the renowned space scientist Vikram Sarabhai as part of the INCOSPAR Committee. He then went on to direct two aerospace projects, Project Devil and Project Valiant aiming at developing ballistic missiles from the technology of the SLV program.

Kalam served India as the President from the year 2002 to 2007, and was widely referred to as the ‘People’s President’. After serving the nation for a single term as President, he returned to serve the field of education, writing and public service. In a shocking turn of events, Kalam collapsed and died from a cardiac arrest on 27 July 2015 while delivering a lecture at IIM Shillong. His death brought immense pain and sorrow to billions of Indians for that was how popular he was among the masses.

“Why is the media here so negative? Why are we in India so embarrassed to recognize our own strengths, our achievements? We are such a great nation. We have so many amazing success stories but we refuse to acknowledge them. Why?” Abdul Kalam had said in one his best speeches delivered at the At the Indian Institute of Technology, Hyderabad.

Also Read: APJ Abdul Kalam’s vision for India: A must read for all Indians

What makes him a legend and a person to remember is the fact that he believed and encouraged in taking the initiative rather than blaming the Government. “Ask what we can do for India and do what has to be done to make India what America and other western countries are today,” he had said in one of his speeches and rightly so. Some of his inspiring quotes on technology are

(With inputs from AZ Quotes and Wikipedia)

When I wanted to meet him, I could not. And when I did not want…

Dr APJ Abdul Kalam was the eleventh president of India, and was awarded the country’s…