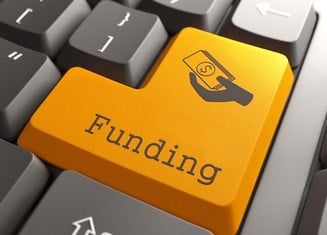 “Anicut is the lender of choice for early stage / first generation companies as we provide speed of execution and flexibility which banks and NBFCs cannot provide. Dependent on the projected future cash flow of the company, we foresee investments into startups and firms that find challenges in fund accessibility. Through our continuous efforts, we are channelizing synergies and focus to offer competitive advantages and support to the startups. We are also looking forward to helping these startups build robust connections and infrastructure to raise more funds through our ecosystem”, said I A S Balamurugan, Co-Founder & Managing Partner, Anicut Capital elaborating on their plan for the foreseeable future after closing the debt fund.

On the successful closing of the fund Ashvin Chadha, Co-founder & Managing Partner, Anicut Capital said, “The Grand Anicut Fund 2 has established a niche for itself in the field of acquisition financing and has already invested ~Rs. 500 cr in various pioneering and promising startups. We are excited to share that we also have a robust pipeline of slated deals that are undergoing due diligence of evaluation and assessments from our end and we shall be announcing them in the due course of time. In the next two quarters, the 2.0 version of Grand Anicut Fund will invest in diverse upcoming entities across various sectors like technology, consumer goods, financial services, education, healthcare and others.”

This year, through GAF 2, Anicut has financed Wingreens acquisition of Raw Pressery and Akna Medical’s acquisition of Vardhaman Health Specialties. The current pipeline also contains multiple midsize acquisition deals, which the AMC is currently evaluating. The maiden fund, known as Grand Anicut Fund 1, hit first close in 2016 and final close in 2018 at INR 400 crores, and made investments worth INR 700 crores in companies like Milky Mist, Sugar Cosmetics, Lendingkart, B9 Beverages, Biryani Blues, Shield Healthcare among others. The second debt debt fund has already invested INR 500 crores. Both the debt funds combined have an AUM of Rs 1300 crores.