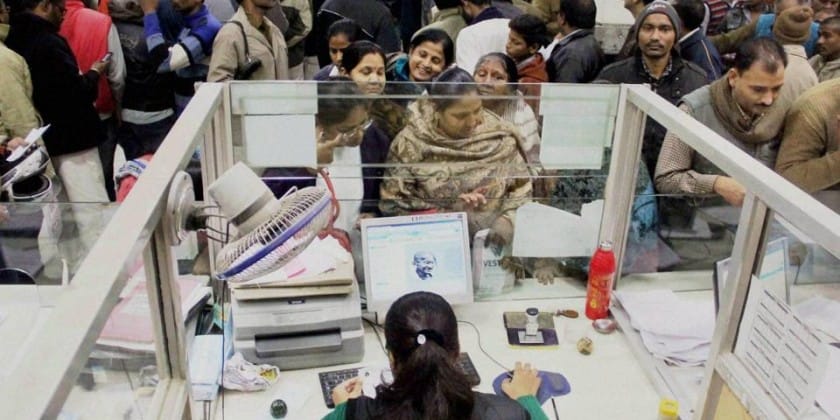 With the radical move of the demonetization of currency notes of 500 and 1000 on 8th November, the Government of India took several vital steps to ensure the safety of banks. RBI has given the directives to all Private and Government banks to preserve the video data from 9th Nov – 30th December.

AnG India Ltd. as a system integrator undertook various initiatives during the demonetization move. This task was completed PAN India including government and private banks making installations in more than 10,000 locations to replace more than 16,000 hard-disks within a period of 25 days with an in-house team of 500 employees before the assigned deadline.

Solution identification was the vital challenge, to identify the right solution which is feasible for the banks and us as system integrator and to get it delivered to Banks in a stipulated time was essential and crucial task for us. The sudden requirement for changing hard disks and submitting the data was a challenging situation in a short span of time.

Effective planning and resources helped us to procure material such as hard disks and manpower. The execution was the pinnacle of the project as the road-map had a comparatively high number of locations (10,000+) which had to be covered within a limited time span. Bank branches and ATM’s covered in Delhi NCR region; 125 in Noida, 500 in Gurgoan and Delhi. AnG India Ltd. catered to a total number 20 leading banks in the Public and Private sector. Regular/daily reports were shared with the banks for transparency and maintaining the pace during the installations.

AnG managed the security concerns of the 10,000 PAN India Bank branches, their video data, data preservation and replacement of more than 16,000 hard disks serving the national cause of demonetization acting as a technological backbone of banks security. We have surveillance systems specially designed to monitor and create emergency alerts for the Banks.

By: Aditya Kumar, Founder & CEO Qbera.com Banks and financial institutions invariably have to deal with…