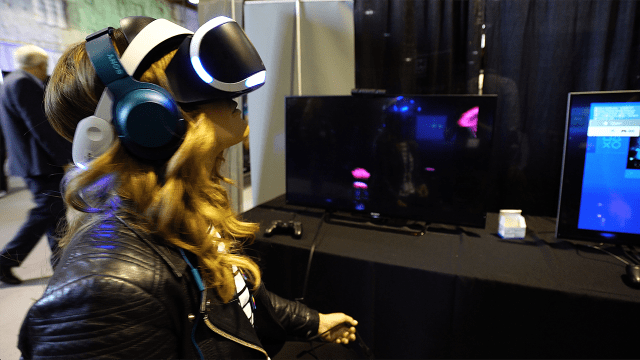 Raja Koduri, Senior Vice president and Chief architect of the AMD Radeon Technologies Group, will showcase new technologies to create immersive VR experiences for cinematographers, and two new cutting-edge VR experiences at the JioMAMI Mumbai Film Festival. He will also share the stage with SS Rajamouli, the acclaimed director of Baahubali: The Conclusion to showcase the technology used to make VR experiences surrounding the upcoming film. Baahubali: The Beginning is the highest grossing film to ever come out of India, and Baahubali: The Conclusion, set for release in April 2017, is the next iteration of the storied movie franchise.

AMD will preview new technology to rapidly capture and create cinematic quality 360-degree video. This will include a prototype of an AMD-developed VR capture camera (codenamed ‘BB360’) and the world’s most robust video stitching software – Project Loom. The new technologies are being used initially to develop VR content to promote the upcoming Baahubali: The Conclusion.

In addition, Raja Koduri will be joining in several sessions at the festival on Saturday and Sunday to discuss innovative technologies behind the franchise, and during these sessions, two new experiences will be showcased.

The first will be a 360-video of an on-the-set experience with Baahubali: The Conclusion. The on-the-set video is made with the new AMD camera and ‘Project Loom’ stitching software. With Loom, the production team was able to rapidly stitch 360-degree video in real-time compared to many hours or days with previous techniques and technologies. The open source Loom software will be widely available to content creators by the end of the year. Fans viewing this 360 video will feel as if they are walking on the set, virtually meeting the actors, and deeply experience the movie before it comes to market. The video will be available to the public at 11:00 AM IST on Sunday, October 23, 2016.

Also being previewed for show attendees is an epic rendered VR Experience: “The Sword of Baahubali”. This final version will be available several weeks in advance of the movie release and will offer a transformative virtual reality experience that captures this ambitious film’s larger than life characters, wondrous locations, and gut-wrenching drama.

These two experiences, a 360-degree on-the-set video and immersive VR will broadly impact the technology of movie development, and fundamentally transform how a movie comes to market.