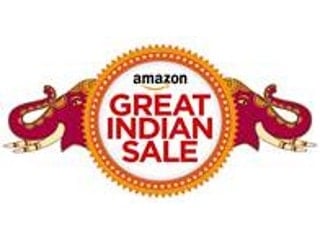 Amazon.in is an online store in India with over 80 million products and over 1.4 million products available for next day delivery; an extensive reach & penetration to the far flung areas of the country and enabled thousands of SMEs to get their businesses online.

Amazon.in hosted the Great Indian Festival – ‘Tyohaar bade dilwala’ from 1st to 5th October with a marathon of 120 hours of great deals offered by thousands of sellers and brands on popular products

–  Amazon.in received a billion hits in the first 12 hours of the #GreatIndianFestival

–  Units ordered on mobile grew by 7x over last year*

– Customers from 90% pin codes across the country ordered at least one item from Amazon.in during the Great Indian Festival

– Received orders from over 2000 new pin codes over last year*

– Mobiles grew at 5x compared to the daily run rate

–  TV witnessed a 25x growth; the exclusive range in TVs saw a growth of 50x

–  Consumables saw a growth of 5x to the daily run rate

–  Sellers from 824 new pincodes received orders in the event

– 100 new sellers entered the crorepati club during the event

– Project Udaan is Amazon.in’s assisted shopping program aimed at helping customers in remote areas who don’t have easy access to shop on amazon.in

– Consumables, Mobile Phones and Softlines were the top categories in demand