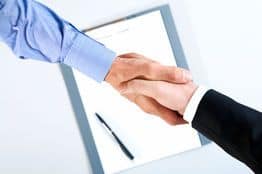 Alok Ranjan, has moved on from his current role as People Director of ABI (Anheuser-Busch-InBev) India business unit. Turning entrepreneurial, he has joined Flipcarbon as CEO. Bengaluru-based, with offices in Delhi and Mumbai, Flipcarbon is an HR venture inspired by Carbon’s ability to align itself to the pressing need of the user rather than being fixated on being one size fits all. Flipcarbon is a national level integrated HR firm which offers HR Consulting, end to end HR Outsourcing, Modular HR Services & HR Intellectual Property (IP) solutions.  Operating out of Bengaluru, Alok will closely work with Prabhash Nirbhay and Sanjay Pratap, Founder and Co-founder (respectively) of Flipcarbon, to take the venture to the next level. Sanjay joined Flipcarbon as a co-founder recently after a fulfilling stint as HR Director, MolsonCoors India.

With 21 years of extensive experience behind, Alok Ranjan is known to be a sensitive HR leader with the ability to go beyond the confines of the role. He has worked at various levels with leading players in Beverages Industry. In fact most of the practices designed and adopted by these organisation under his stewardship have been a trend setter for the industry. In his last stint as People Director of ABI (Anheuser-Busch-InBev) India business unit, Alok was on the Board of Directors of the local unit, a rarity in HR.

Welcoming Alok onboard, Prabhash Nirbhay, Founder, Flipcarbon, said, “While there are numerous consultancies and services providers in the HR space, there is a huge gap when it comes to holistic consulting and outsourced HR for SMEs and start-ups. This gap is what we address apart from providing tailored solutions to clients of all sizes and complexities. After a successful three and a half years, where we grew from a new venture to a young and respected differentiator, we were seeking a Visionary Leader in HR, who brought deep domain expertise, industry network and repute, who will lead our next level of growth. We could not have found someone better than Alok since he not only fulfills above characteristics but brings immense entrepreneurial zeal on top.”

Commenting on his new role, Alok Ranjan, said, “After an immensely satisfying professional journey transforming the perception of what HR can do, inside organizations, it was only logical that I sought the next big challenge. What helped besides the fact that I knew both Founders of FlipCarbon for some time, was the total alignment on our dreams. Look forward to not just my role at FlipCarbon, but in reshaping the current perception and role of HR among start-ups/SMEs.”

Posted by: DQINDIA Online
View more posts
Tags:Alok Rajan, Flipcarbon
Alok Ranjan Joins Flipcarbon as Co-founder And CEO 0 out of 5 based on 0 ratings. 0 user reviews.
Capital Float Secures $22 Mn in Equity Funding From Amazon
Kaspersky Lab Invites Users to Reflect on How our Digital Footprint May Shape the Future