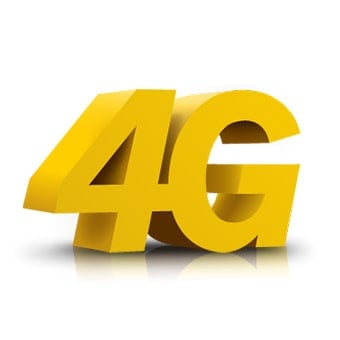 Bharti Airtel today launched 4G trials exclusively for its existing customers in Chennai. As part of this, Airtel customers across the city can now avail a complimentary upgrade to Airtel 4G at 3G prices and be the first to experience blazing Airtel 4G speeds. The company will use this trial phase as an opportunity to gather valuable customer feedback around the quality of its 4G services and assimilate these market insights into Airtel’s wider agenda of building a world-class 4G network infrastructure for the city.

Announcing the beta launch, George Mathen, CEO – Kerala & Tamil Nadu, Bharti Airtel (India) said, “As more and more Indians show a preference for consuming data and content over their mobile devices, we at Airtel are excited to bring the power of 4G for our customers in Chennai. Over the last few months, we at Airtel have made significant investments in building a robust 4G network here. For us, customers are at the very core of everything we do and delivering a compelling service experience for them is our foremost priority. We want our existing customers to be the first ones to enjoy the Airtel 4G experience and are offering them a free upgrade to Airtel 4G at the same price as 3G. We look forward to our customers’ valuable feedback towards delivering a truly world-class 4G experience for this city”.

To avail this offer, existing Airtel customers with 4G ready mobile devices can walk into any of Airtel’s retail touch points across Chennai and upgrade to a 4G SIM and experience mobile internet speeds like never before.

Aimed at transitioning more and more customers to superfast 4G experience, Airtel has also announced a go-to-market partnership with Samsung to proliferate 4G devices. As part of this, Samsung India and Airtel have decided to promote each others’ 4G offerings at their respective outlets. As part of this arrangement, Samsung India’s retail stores will now facilitate easy Airtel 4G SIM swap for customers buying 4G smartphones. In the weeks to come, Samsung will also offer bundled Airtel 4G SIMs alongwith Samsung 4G handsets available in the Indian market. Airtel 4G double data offers are now available for Samsung’s Galaxy S6, Galaxy S6 Edge, Galaxy A7 and Galaxy A5 mobile devices. Samsung will also be looking at launching its all new Core Prime 4G mobile smartphone in Airtel 4G markets.

Bharti Airtel announced a special offer under which, it will offer free data for 12…

Airtel to launch 4G services in 296 towns across India