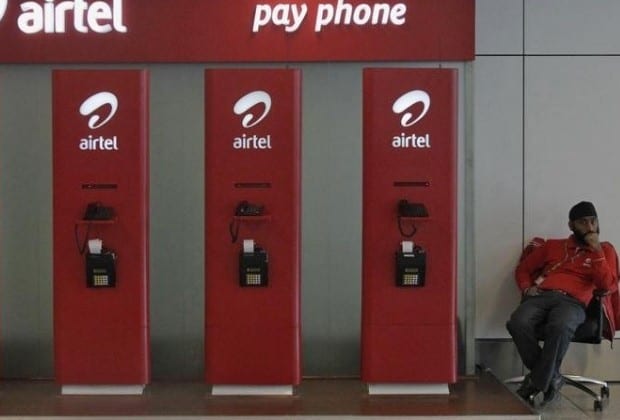 Airtel Payments Bank Limited (“Airtel Bank”), a subsidiary of Bharti Airtel Limited (“Airtel”), said that it has rolled out a pilot of its banking services in Rajasthan. The pilot is aimed at testing systems and processes ahead of a full scale pan Indian launch.

With this, Airtel Bank becomes the first payments bank in the country to go LIVE. Customers in towns and villages across Rajasthan will now be able to open bank accounts at Airtel retail outlets, which will also act as Airtel banking points and offer a range of basic, convenient banking services. Airtel Bank will commence the pilot with banking points at 10,000 Airtel retail outlets.

A wide network of merchants (sellers/shops) across Rajasthan will accept digital payments from Airtel Bank from day one, offering customers the convenience of cashless purchase of goods and services via their mobile phones in a quick and secure manner. Airtel Bank plans to expand its merchant network in Rajasthan to 100,000 by the end of the year, giving a big boost to digital payments ecosystem.

· Digital Banking: Quick and paperless account opening using Aadhaar based e-KYC. This requires no documents at all, only the customer’s Aadhaar number is needed

· Personal Accidental Insurance of Rs. 1 Lac with every Savings Account

Vasundhara Raje, Hon’ble CM of Rajasthan, said, “Congratulations to Airtel for making Rajasthan the first state in India to have Airtel Payments Bank. This initiative, perfectly in sync with Hon’ble Prime Minister’s vision for financial inclusion and Digital India, will be a boon to residents in far flung areas who are yet to have access to formal banking. I look forward to Airtel reaching every corner of Rajasthan.”

Shashi Arora, MD & CEO, Airtel Payments Bank, said, “Airtel Payments Bank is fully committed to the Government’s vision of financial inclusion and banking for all. Airtel Payments Bank will play an important role in taking banking services to the last mile in a quick and efficient manner and benefit millions of unbanked citizens of this country. With this pilot, we have taken a big step towards the launch of our banking services and will be testing our operational readiness for full-scale launch across India. We would also like to use feedback from our customers to further improve our processes and look forward to serving them.”

Airtel Bank’s services can be accessed by Airtel customers on their mobile phones through the Airtel Money app, through USSD by dialing *400#; or via a simple IVR by dialing 400. Both the USSD & IVR options are available in Hindi and English language and work on simple feature phones as well. Non Airtel customers can access Airtel Bank’s services by dialing 8800688006. Customers can also visit any designated Airtel retail outlet to access services (and not just the outlet where they have opened the account).

On April 11, 2016, Airtel Bank became the first entity in India to receive a payments bank license from the Reserve Bank of India (RBI). It intends to bring banking services to the doorstep of every citizen of the country. It plans to leverage Bharti Airtel’s extensive national distribution network of over 1.5 mn retail outlets, with deep penetration in rural areas.

JetBrains is an international company with headquarters in Prague, Czech Republic., which has been creating…

Paypal to Hire 600 Techies By The End of This Year