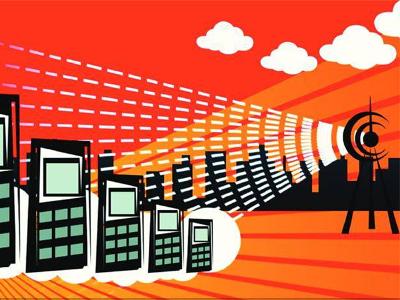 RJIL has welcomed the 7,007 additional POIs provided by Airtel consequent to the meetings of the Hon’ble Minister of Communication and TRAI Chairman with the CEOs of Airtel, Vodafone, Idea and RJIL earlier this week on the subject of breach of QOS parameters. RJIL expects these E1s, for which intimation has been received, to be operationalized by the teams of Airtel and RJIL in the coming days.

This allocation was long overdue considering the hardships caused to the customers of both operators in being able to connect voice calls between the two networks. More than 280 crore calls have failed between RJIL and Airtel over the last three and a half months because of absolute shortage of POI capacity.

All operators have a mandatory and unconditional obligation under the license to provide adequate POIs to all the other operators. This is irrespective of the status of operations of the other operators or the traffic pattern and is not a favour to any operator. The contention that regulatory obligations permit to provide interconnect in a period of 90 days is misplaced considering the severe QOS and congestion issues that the non-provision of POIs has caused. There is no entitlement of timing when it comes to such severe breach of QOS as against the 90 days indicated by Airtel.

RJIL would like to reiterate that there has been no delay in operationalising POIs at its end. On the contrary, RJIL has been following-up with Airtel and the other incumbent operators over the last several months for augmentation of interconnection capacity. These requests had been denied by Airtel and the other incumbent operators in complete breach of their license conditions.

There are no network related issues that RJIL has faced beyond the acute shortage of POIs provided by Airtel and other incumbent operators. It may be noted that there are no failures in on-net calls, while over 4.6 crore calls are still failing every day between Jio and Airtel. RJIL hopes that this situation will improve now that Airtel has consented to offering additional POIs. However, Airtel has continued to violate the Interconnection Agreement by offering one-way E1s as against both-way E1s as provided for in the Agreement, which would have resulted in much more efficient utilisation of interconnection resources.

RJIL hopes that Airtel will continue to release adequate POIs going forward to ensure that it adheres to the QOS parameter of POI congestion mandated by TRAI regulation at less than 5 per 1,000 calls at all times.

With regard to the traffic asymmetry issue, the current traffic pattern is completely in line with what is expected in a new network. It would tend to move towards balanced traffic as the network matures and has sufficient scale.