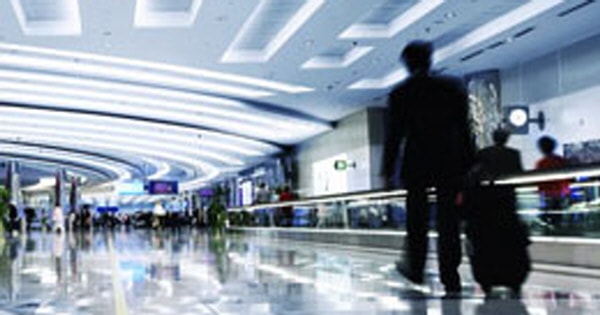 Airports in China are investing in the latest technology to manage growth and changing passenger expectations. Over the next three years 50% will invest in systems to predict potential disruptions before they occur. Investing in emerging technologies including the Internet of Things, beacons and mobile services are also high on airports’ agendas to deliver a better passenger experience.

This is according to the 2016 Airport IT Trends Survey, the extensive annual study of IT trends within the global airport industry co-sponsored by SITA and Airports Council International (ACI). The 2016 survey included responses from mainland China representing 67% of the total passenger traffic in China.

The technology central to improving operations and reducing travel disruption at world-leading airports is Collaborative Decision Making (CDM). Its goal is to improve overall efficiency of operations by working with different stakeholders to integrate processes and systems to reduce delays and better manage airport resources. Today, only 16% of airports in China have fully implemented CDM integrated with air traffic management (ATM) systems, but over the next three years a further 68% plan to implement it. These plans are ahead of the global trend. Worldwide only 55% of airports expect to implement this technology by 2019 compared to the 84% of China’s airports.

May Zhou, Vice President, SITA China said: “The first step for improved airport operations is to implement an integrated airport operational control center and today these are in place at 65% of airports with plans to reach 83% by 2019. By this time China’s airports will also have fully embraced CDM, enabling them to effectively manage the surge in flights expected over the coming years.

“The commitment to new technology by China’s airport operators is hugely encouraging. There is a clear acknowledgement that smart technology can support the country’s growth in air transport over the coming years.”

China’s airports are recognizing the potential of new technologies including the Internet of Things (IoT) where their investments are set to overtake their global counterparts. Today, 29% of Chinese airports have fully included the IoT in their strategy, rising to 82% by 2019 higher than the 75% of airports globally.

Not surprisingly, given the high penetration of mobile devices among Chinese passengers, interest from airports for sensor technologies, including beacons, is also high with 89% of airports deploying them as part of a major program or a trial over the next three years. The focus of these deployments will be at the early steps in the passenger journey: bag-drop (33% of airports), check-in (28%) and security (26%), to support a better passenger experience. In addition, a majority of airports (68%) will have major programs for passenger mobile applications by 2019 with a further 26% planning pilots and trials. This makes mobile the number one information technology (IT) investment initiatives in China for passenger services.

China’s airports interest in new technologies is high and the top three growth areas over the next five years are ‘context and location aware apps’ (61% implementing), robots (48%) and artificial intelligence (37%).