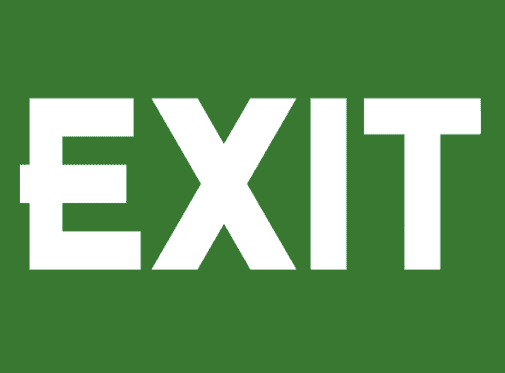 Its official. The once iconic Smartphone maker BlackBerry will be exiting the native manufacturing of its  handsets and will predominantly focus on software and servcies and will outsource device development. This is a classic story of a brand that held enormous prestige and respect saw rapid decline since 2009 and became an ‘also ran’. In many ways, its a tragedy and Blackberry’s fall from stardom will be a classical case study in management schools in the years ahead on how being ‘irrelevant’ to changing times and the inability to innovate to the new -normal can kill whatever glory it has achieved in the past.

The company has revealed in its latest Q2 Fiscal 17 earnings that it is exiting from handset manufacturing. BlackBerry CEO, John Chen said, ” The company plans to end all internal hardware development and will outsource that function to partners. This allows us to reduce capital requirements and enhance return on invested capital.” Chen further observed, ” Our new Mobility Solutions strategy is showing signs of momentum, including our first major device software licensing agreement with a telecom joint venture in Indonesia. Under this strategy, we are focusing on software development, including security and applications”.

END OF AN ERA

Chen who took over as BlackBerry  CEO in 2009 when it was on the brink of collapse with its newly launched z10 phones on BB 10 platform which failed to enthuse the consumers. Ever since Chen has been evangelizing a software and services play and inked a rationalization plan leveraging the traditional strengths of BB and applying it to a changing smartphone marketplace. It has so far partially worked.

But it looks at first glance, the company’s decision to exit all internal manufacturing officially might seem like the last nail into its coffin, but it is actually a good move that will finally bring in relevance to the company which can leverage software and security elements and by forging strategic collaborations with manufacturers and developers.

Now BB’s hardware partners will do BB branded devices and the company will make money out of licensing royalties. This outsourced device manufacturing liberates the company from the hardware headaches and inventory management but the only downside is the trust deficit it will create amongst hardcore BB customers.  Moreover with this move the company has compromised on what little exclusivity it has as device and software maker. In many ways it is also a open defeat that despite Chen’s best efforts, the company’s handset business has failed to revive. And hence this delinking will pump in enough oxygen to move forward.

Meanwhile a look at the numbers expose the sorry state of affairs. The company managed to ship 4 lakh smartphones by end of August 16, as compared to 40 mn iPhones during the same period as per market reports. So clearly the company’s handset business has become legacy and irrelevant to the times.

But the company’s outsourced approach is not totally new as its last handset DTEK50 is based on a reference design model from TCL. Interestingly Alcatel’s Idol 4 smartphone is also based on this reference design, but BB has considerably tweaked DTEK for security.

Chen said, “We are reaching an inflection point with our strategy. Our financial foundation is strong, and our pivot to software is taking hold. In Q2, we more than doubled our software revenue year over year and delivered the highest gross margin in the company’s history. We also completed initial shipments of BlackBerry Radar, an end-to end asset tracking system, and signed a strategic licensing agreement to drive global growth in our BBM consumer business.”

So moving forward, BB is expected to take the route of harping on to its secured Android design architectures which will be driven by its hardware partners and even sell that idea to all other Android phone makers which  will just buy in the ready to use BB version of Android.

In that line, the company has made two significant initiatives recently. One, it has entered into a licensing agreement with telecom joint venture in Indonesia, BB Merah Putih, to manufacture, distribute and promote BlackBerry-branded devices running BlackBerry’s secure Android software and applications. And two, announced a strategic alliance with Emtek Group to accelerate and advance BBM’s consumer business globally by developing new cross platform applications, content and services on the BBM platform.

The market has already reacted positively regarding the company’s decision to exit manufacturing. But still the road ahead for BB is cloudy and it is to be seen, how well BB will be able to leverage its security sweet spot and profit out of it.