Nina Simosko is the President and CEO of NTT Innovation Institute Inc. In her erstwhile role, Ms. Simosko was responsible for leading the creation and execution of technology strategy, planning, and operations worldwide for Nike.

Before that, she was Senior Vice President of SAP’s Global Premier Customer Network (PCN). Currently, Ms. Simosko is on the advisory board for Reflektion and AppOrchid, the early-to- mid-stage technology companies. Nina was recently also featured in the list of the Top 20 Impeccable Women in Business by the Mirror Review.

In an interview with Dataquest, Nina Simosko talks about how the Tokyo-headquartered NTT Group runs its innovation organization in Palo Alto, CA. Excerpts:

NTT i3— Structured for innovation

NTT Innovation Insitute Inc. (NTT i3) was formed about five to six years ago, based in the Silicon Valley, to spur innovation across the group. Our structure is unique compared to innovation set-ups in other organizations. First, we have no P&L, we don’t have a revenue target, and we don’t have a margin target. Second, being based in Palo Alto, in the Silicon Valley, we have the DNA for innovation.

I call it ‘connected isolation.’ Let me explain this further.

Many organizations have innovation groups, but they are saddled with P&L responsibilities which makes them focus on opportunities that are more commercial in the short-term; it does not allow innovation to be explored for the long term. Next, we are away from all the operating units of the NTT Group which has nearly 800 companies within its fold. Call it the ‘isolation’ part.

Now the ‘connected’ part. We are backed by the might of a large group such as NTT which gives us the breadth to pursue opportunities. Being in the Silicon Valley has a rub-off effect. We also work with a lot of leading technology companies here in the Valley with whom we explore joint innovation opportunities. For example, we work with Google —  we are not only physically near them, but we’re also close to them in our spirit of innovation. We work with SAP as well. 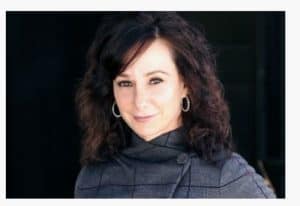 We have a three-fold charter. The first one is to develop technology that is disruptive to the NTT group itself, second is to find net new revenue streams for the NTT group,  and the third is to evangelize the NTT brand outside of Japan.

Often NTT i3 serves as the ‘customer experience center’ where various C-level executives including ones from NTT come to get a view of ‘one NTT.’  For example, there was one large customer who did not know that Dimension Data was an NTT Group company until he visited us. The customers when they come to NTT i3 can understand the breadth of the possibilities that are available both within NTT and in newer emerging areas.

The NTT Group has got a separate research division called as the NTT R&D based in Tokyo. NTT R&D comprises 15 different laboratories across Japan, staffed with 2500 engineers, and they spend about US$ 2.2 billion in a year.

Looking at the Right Places, Mining the Field

The starting point is to look at opportunities to leverage the innovations already available within the NTT group itself, for example, in areas like cybersecurity and sports technology where we have made great advances. At NTT i3, we also speak with customers, and when we speak with customers, we get to know the real C- level problems. Our R&D team in Japan may not get this insight because they are isolated in doing research.  Typically, we get NTT leaders from group companies over to NTT i3 where they spend about 3 to 4 years and get an exposure across the breadth of technology even as they engage with customers and gain insights on the issues facing them.

At NTT i3, we have a team that follows a structured approach to innovation. The NTT i3 team is lean with only about 50 people. Most importantly, we have the authority to fail. The team does short sprints in development and depending on the outcome the effort is pursued. If it goes nowhere, the idea is killed. But if it does, then it could even become the next premier product. For example, one of our products, the CloudWAN was given to Dimension Data for commercialization, another product went to NTT Data, a third one was given to NTT Communications.

We also leverage startups a lot, and one of the advantages of being in the Silicon Valley is that we can showcase these innovations to leading companies right there. One of the companies where we invested got acquired by Cisco which in turn is the Dimension Data partner. The most exciting thing is the CloudWAN product launched commercially a year ago with Dimension Data in Africa. Our team in India with NTT Communications group company called NetMagic would be supporting it in India. Dimension Data India is looking at commercializing CloudWAN in India.

Going forward, we will continue to advance and innovate on the cloud, edge computing, and IoT. The potential is broad.

With Industrial IoT, we can do predictive maintenance. It is also applicable in agriculture where sensors which can detect chlorophyll level and water have got a great impact on agricultural productivity. Similarly, for Smart City projects, IoT applications are numerous.

Wearable tech remains an interesting one. We are doing pilots in baggage handling which involves repetitive motion which yields to a lot of scope for automation.

We are doing an innovation project with SAP wherein we can sense the fatigue of bus drivers. In the call-center area, we are working on a  technology that will route the calls to the less irate agent. For a pharma company, we are prototyping a ‘predictive’ shirt that can predict strokes.