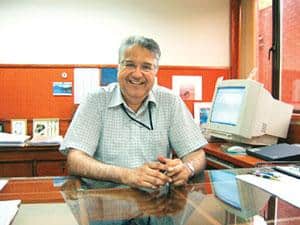 Accolite has announced the appointment of Indian Origin IT pioneer Arjun Malhotra as Chairman to its Advisory Board.

Malhotra served as Chairman of Headstrong’s Board of Directors before its acquisition by Genpact in May 2011. Prior to Headstrong he was Chief Executive Officer and Chairman of TechSpan, which merged with Headstrong in October 2003. He led the seamless integration across businesses and cultures, resulting in Headstrong’s recognition as one of the fastest growing IT-based financial services companies.

“I look forward to leveraging my experiences and insights from Headstrong and HCL to influence Customer Success and Growth at Accolite,” stated Arjun Malhotra. “It is super exciting to re-create a Headstrong like ecosystem at Accolite and enable the Company expand as a powerful player in the global tech ecosystem. My aim is to ensure a 10 fold growth over the next 5 years across Accolite’s core verticals.”

Accolite CEO, Leela Kaza said: “I am looking forward to welcome Arjun Malhotra to the Accolite Advisory Board. I am confident that the collaboration between myself,  Arjun Malhotra, fellow company leaders and Board Members, will equip Accolite to accelerate its growth across the key verticals.

“BFSI continues to be our corner stone of growth and our aspiration is to generate $100M annual revenue in the BFSI vertical by 2023. Malhotra’s rich expertise, strategic insights and network across the board will immensely benefit Accolite, not only in terms of scaling up but also in attracting top notch talent which is critical to our future vision.”

Arjun Malhotra’s career launched in 1975, when he co-founded and grew the HCL group from a six-person “garage operation” to one of India’s largest IT corporations. The first leading Indian entrepreneur to relocate to the USA, Malhotra took over HCL’s US operations (now known as HCL Technologies) in 1989, and led its expansion to nearly $100 million in annual revenues.

Posted by: DQI Bureau
View more posts
Tags:Arjun Malhotra
Accolite appoints Arjun Malhotra as chairman of company’s advisory board 0 out of 5 based on 0 ratings. 0 user reviews.
Five Tips to Secure Your Virtual Meetings
Covid an opportunity for Electric Vehicles? Can India finally move into a setup that promotes clean transportation?