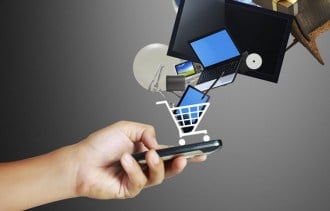 India historically has been a society where most consumers were reluctant to take on debt. Until recently, cash accounted for 95 percent of transactions, 85 percent of workers were paid in cash, and 70 percent of online shoppers chose “cash on delivery” as their preferred payment option. In 2018, the share of all payment card transactions – which includes debit cards, credit cards and prepaid instruments – in India was below 8 percent of GDP. This was not only less than in advanced economies such as the U.S. and the U.K., but also comparable to a number of emerging market economies.

Essentially, the absence of an entrenched legacy framework devoted to card-related payments could have slowed efforts to modernise the payments framework. At the same time, the domestic banking system employed an array of payment options that were not interoperable; meaning, users could not integrate their payments across different payment systems. For example, sending money from an account at one bank to an account at another bank could take up to two calendar days if sent after a cut-off time, and even longer over weekends or holidays.

These circumstances not only make India’s emergence as a digital payment powerhouse a rather unlikely story, but an exceptional example of a country navigating these challenges by deploying the right mix of regulatory and technological drivers.

What led to digitisation?

Realising the need for a better integrated mobile payments system, Unified Payments Interface (UPI) was developed by the National Payments Corporation of India (NPCI), which is a non-profit, umbrella entity, owned by the Reserve Bank of India (RBI) and 56 commercial banks. UPI was developed as an overlay on top of the existing Immediate Payment Service (IMPS) rails and infrastructure to boost mobile-based instant payments. Two of the most notable features of UPI that helped India’s digital payments to hit the ground running were interoperability, as well as the ecosystem being open and inclusive.

Furthermore, India’s strong position in the digital payments space can be attributed to the regulation of costs of payment systems, government-backed incentives to use digital payments and most importantly the “JAM trinity” (Jan Dhan-Aadhaar-Mobile), which led to the adoption of digital payments prior to UPI. Increased smartphone and internet penetration, due to increasing accessibility and decreasing costs, has also played a role.

India’s Ministry of Electronics and Information Technology also introduced several measures to increase the spread of digital payments, such as setting targets for banks to process digital payment transactions, Bharat Interface for Money (BHIM) cashback schemes and providing BHIM Aadhaar merchant initiative schemes. These incentives and cashbacks covered the whole ecosystem from customers and merchants to banks. In fact, in the initial few years of UPI, the government waived the MDR fee for merchants for transactions lower than INR 2000, which at the same time was reimbursed to the banks by the government, helping the acceleration of digital payments in the country.

As a result of this, India is estimated to contribute 2.2 percent to the world’s digital payments market by 2023 and the value of such transactions is expected to reach $12.4 trillion globally by 2025.

How does India stack up globally?

Launched in 2016, India’s UPI remains at the forefront of the digital rails. That being said, from the U.S. to Peru, West Africa to Pakistan, countries are backing new systems to support small-dollar payments in real time.

The European Union and United Kingdom have licensed payment initiation service providers (PISPs), with countries like Singapore and Japan developing similar rules. However, many of these solutions still require the customer to port (change apps) over to their account provider to complete payment authorization. In 2020, the U.S. Federal Reserve unveiled new details about its FedNow Service—a real-time payments platform that would enable financial institutions in the U.S. to clear and settle transactions virtually in real-time. ACI Worldwide’s recent “Prime Time for Real-Time” report projects that with two schemes live (Zelle & TCH) and FedNow launching by 2023, real-time payment transactions in the U.S. will increase six-fold by 2025. FedNow is also following in UPI’s footsteps in bringing innovative new payments use cases to U.S. consumers.

Meanwhile InstaPay, in the Philippines continues to rely on account and bank routing numbers, requiring recipients to share information that is hard to remember and sometimes sensitive. Schemes between mobile network operators in countries like Tanzania and Kenya leverage phone numbers effectively, but often require the senders to know the recipient’s account provider.

On the other hand, Brazil’s system – PIX – has now been launched with many of the addressing and other features seen in UPI. The system allows users to select a phone number, email address or an alphanumeric alias that can be used to send and receive payments. User data is maintained in a centralised directory at the central bank of Brazil, as compared to the decentralized model of UPI’s domain-based addressing, in which data linking a person’s alias to their account is stored in their provider’s database. Notably, PIX also clocked up a billion transactions within a few months of its launch.

In terms of pricing, the global landscape for instant payment systems is complex, to say the least. Some systems set interchange rates but leave fee setting to the market while others do the opposite, setting rules around end-user pricing.

Where are we headed from here?

UPI, which has consistently been ahead of the curve with new real-time payment use cases, was the first scheme to go live with direct debit payments – both one time and recurring payments – on immediate payment rails, and now other countries are set to follow suit. Moving forward, the unbanked and underbanked segment throughout the world will provide the biggest opportunities for growth and innovation in digital payments. We will see social media-initiated payments, voice-activated payments, digital currencies, cryptocurrencies, biometric payments including facial recognition becoming mainstream as the “super app” model, already well established in other Asian markets, takes hold.

In terms of cross-border payments, recorded remittances today exceed foreign direct investment flows and official development assistance in India. In much the same way that the domestic payment system has been transformed in recent years in India, the official sector must lead the way to provide 24/7, cost-free, instant cross-border transactions. On a global level, the move to ISO 20022 will help countries to shift to a single global messaging standard and bolster cross-border and cross-payment-type interoperability, propelled by the emergence of schemes like SCT Inst in Europe or a pan-regional Asian payment network.

India’s approach of providing digital financial infrastructure leans towards public good; it encourages private innovation by providing open access to this infrastructure and creates a level playing field through regulatory frameworks and sandboxing. The amalgamation of public and private sectors to fuel innovation in the field of digital payments is one of the biggest lessons that the world can learn from India digital payments revolution.

Tech domains and skills to keep an eye on in 2023

Intuition and innovation: The roadmap for Blockchain and NFTs in 2023

Looking back at 2022, one may be forgiven for thinking that NFTs may be in…