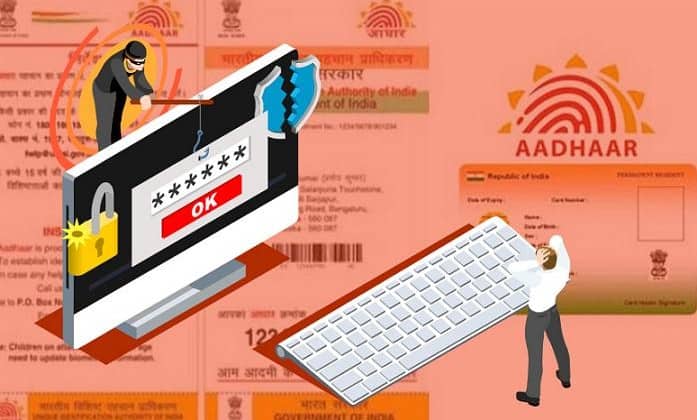 The historic Aadhaar verdict, which was being awaited by over a billion Indians who have registered for the service, has finally been announced by the Supreme Court of India. A decision on whether Aadhaar violates the Constitution and infringe on the fundamental right to privacy of Indian citizens has been declared by five senior most judges of SC. The Top Court has held the Aadhaar or UID as constitutionally valid.

Questions have often been raised on the actuality of Aadhaar being a secure form of digital identification for citizens. News of data breach and Aadhaar being hacked has done the rounds every now and then. The BJP government passed the Aadhaar Bill in 2013 making the 12-digit Unique Identification Number mandatory for services including bank accounts, PAN cards, cellphone services, passport, LPG subsidy and driving licenses.

Petitioners had alleged that the biometric database that requires fingerprints and iris scans cannot be made compulsory whilst raising concerns over privacy, data security and data leaks. Here’s what detractors and pro-Aadhaar viewers say about the pros and cons of making Aadhaar mandatory.

Detractors have posed several reasons to state that Aadhaar should not be made mandatory.  Nikhil Pahwa, founder of Medianama and co-founder of SaveThe Internet states various reasons on Twitter for not making the digital identification process mandatory. Some of the concerns he raises are as follows:

·         Biometrics are probabilistic, not secure and permanent, so people are compromised forever

·         Government is forcing citizens to give up their fingerprints, he says

The government of India, however, argues that all concerns raised are invalid and Aadhaar data is safe and cannot be breached. Prime Minister Narendra Modi had defended Aadhaar saying it was a push towards digital India and those opposing it “have lagged behind in technology – either they cannot understand or are purposely spreading lies”, according to a report on NDTV. The government also says that Aadhaar ensures proper distribution of benefits and makes sure no one is excluded, reduces cost of identification and prevents siphoning of funds by eliminating middlemen. Government also says that the Aadhaar process helps in identifying in duplicate and fake citizens of the country.

What The Supreme Court Says About Aadhaar Now

Supreme Court has held the Aadhaar card as constitutionally valid. However, there is no need to link Aadhaar to bank accounts, mobile numbers nor will it be needed for school admission. Nonetheless, it will be needed to link the UID with PAN cards for IT returns.

Also, the provision in Aadhaar law that allowed sharing of data on the ground of national security has been struck down by the apex court and even private companies cannot ask for Aadhaar details.

Posted by: Supriya Rai
View more posts
Tags:Aadhaar, Aadhaar cards
Aadhaar Verdict: What are the Pros and Cons of Making UID Mandatory 0 out of 5 based on 0 ratings. 0 user reviews.
PUBG Mobile Not Working Properly on Apple iPhone XS Max?
GlobalLogic Appoints Puneet Gupta as its CTO for India, APAC Region

2 responses to “Aadhaar Verdict: What are the Pros and Cons of Making UID Mandatory”