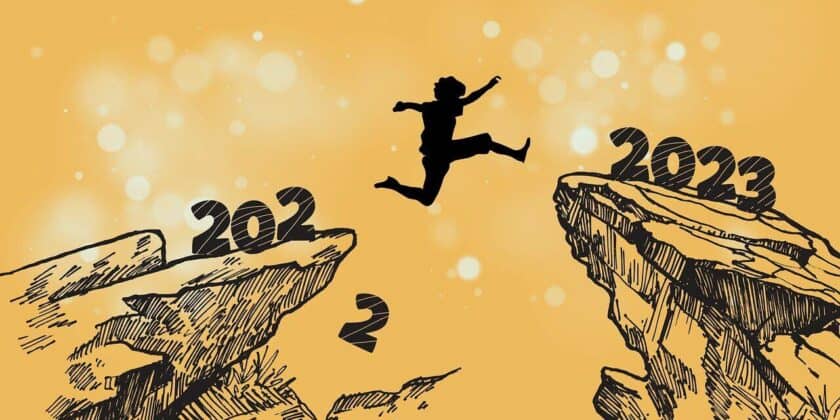 In 2019 nobody knew what was in store. But in the subsequent mayhem, all the tech companies made hay while the lockdown sun shined. Everyone had to upgrade and buy new tech solutions and Big Tech saw record profits and record valuations during 2020-21. While a good number of companies were facing losses and shutdowns, tech boomed.

2022 saw course correction with that initial demand coming down and such growth becoming unsustainable. Profits shrunk (though they are still there), demand went down, and valuations crashed. While valuations going down by 10-20% do happen, what about 50%+? Just ask Tesla and Meta. The layoffs were inevitable and even those figures broke records.

The India IT services had problems of a different kind. The growth story that began in the 2000s continued unabated. But while senior management wanted remote work to finally end, the workforce had different ideas. The Great Resignation led to record attrition woes, and it is now certain that many roles may become permanently remote. Who would have thought that moonlighting would become an official concept!

Another sector which saw a fundamental shift was energy. We were told that fossil fuels were dinosaurs and alternative energy was the future. But this could not stand even a Ukraine crisis let alone a global one. The EU has declared natural gas and nuclear green while coal plants are being fired up again. We were told that cold fusion is finally around the corner, but that is something that I have been hearing since the 1980s.

Elon Musk continued to be the biggest story of the year and this time he probably had more bad press. Tesla stocks were down, and all the coverage was his takeover on Twitter. So much has happened since then that you could already write a book on the whole affair.

Musk grandly declared, “To be totally frank, almost every conspiracy theory that people had about Twitter turned out to be true.” Interesting.

But this is the latest in the line of stories of the power of Big Tech. How they influence elections, policy, culture and business. All attempts to curb them or break their monopolies have failed. We in India do not face this problem because we don’t have a single desi social media or search giant.

What does 2023 hold? The Ukraine war continues to be the X factor as the West appears to be in the doldrums. As far as India is concerned, after the horror of 2020, we are on track and should record good growth. The citizens, industry and government have all realized the power of tech in reaching the last mile for just about everything.

Posted by: Sunil Rajguru
View more posts
Tags:2023, predictions
A year of reckoning 0 out of 5 based on 0 ratings. 0 user reviews.
Social Media Influencers Can Get Slapped With Rs 50 Lakh Fine For Doing This
Tech trends 2023 – India perspective- Deloitte Report

Top 5 IaaS Predictions for 2017 by Oracle

With IaaS expected to remain the fastest-growing cloud technology in 2017, let’s explore some of…

Top 5 Cyber Threat Predictions to look out for in 2017

BD Software Distribution (BD Software), the Country Partner for Bitdefender in India, has released a…

We have witnessed a significant tech  disruption in 2016, be it IoT, Artificial Intelligence (AI),…