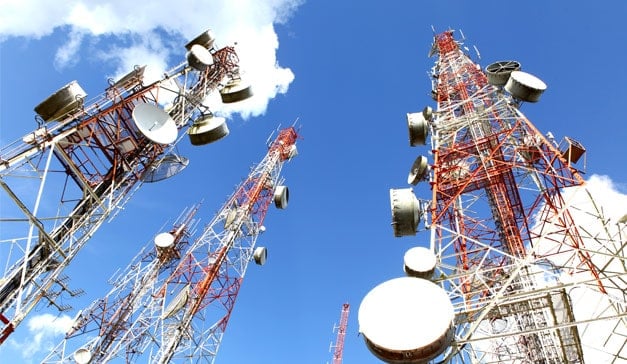 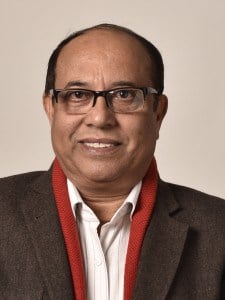 It’s been 22 years since the first call was made using a mobile phone in India. And yet today, the debate of radiation from telecom towers is still ongoing. The fact is all things electric – even your toaster – emit electromagnetic fields (EMF). But the EMF emitted is so low that the thought of getting cancer doesn’t cross anyone’s mind. Similarly telecom towers are far from dangerous as many people seem to believe, especially in India which has the most stringent standards. And let’s not forget, there is still no proof that EMF of any amount causes cancer.

It’s easy to blame something that one doesn’t fully understand. This is clear in the case of mobile towers. Misconceptions over electromagnetic field (EMF) radiation has many running scared. As a consequence, thousands of mobile towers have been dismantled and new ones prevented from being constructed, further leading to poor quality telecom networks.

Recently, the Lok Sabha standing committee on information technology, in its report on ‘Issues related to quality of services and reported call drops’, confirmed ‘Objections and protests by resident welfare associations against installation of mobile towers is one of the reasons for call drop in the country.’

A close look at hard facts dispels such myths. The World Health Organisation perused around 25,000 articles worldwide during the past 30 years, and concluded that “…current evidence does not confirm the existence of any health consequences from exposure to low-level electromagnetic fields”. Further, in September 2013, WHO stated: “Studies to date provide no indication that environmental exposure to RF (radio frequency) fields, such as from base stations, increases the risk of cancer or any other disease.”

In 1996, WHO set up the International EMF Project to study the scientific evidence on the possible side effects of EMF. This involved more than 50 national and 8 international bodies and independent institutions. The WHO reviews indicate EMF exposures within limits prescribed by the International Commission on Non-Ionizing Radiation Protection (ICNIRP) global guidelines do not have any known health impact. ICNIRP’s monitoring is ongoing, ensuring its safe exposure norms are up-to-date.

Accordingly, WHO recommends adoption of these international standards. In 2008, the Government of India accepted the ICNIRP norms for limiting levels of EMF radiation from mobile towers. Despite this, based on the recommendations of an Inter-Ministerial Committee, the Government decided to adopt norms ten times more stringent in 2012. This means the radiation emitted from telecom towers in India is expected to one-tenth of the standards that most of the world follows.

The present limits were reviewed and deemed adequate by a committee instituted by the Allahabad High Court in 2014. Incidentally, the committee comprised members from five IITs (Kharagpur, Kanpur, Roorkee, Delhi and Mumbai) as well as other institutions like the Indian Council of Medical Research, Indian Institute of Toxicology Research Lucknow and All India Institute of Medical Sciences (AIIMS), Delhi.

Additionally, the Department of Telecommunications (DoT) has taken steps to enforce the stricter limits in India. Therefore, all BTS (base transceiver station) sites have to be safe limits compliant, with certification to this effect submitted by the respective TERM (Telecom Enforcement Resource & Monitoring) Cells of DoT. New BTS sites can begin radiating commercially only after this certification is submitted to the TERM Cell. An extensive audit of compliance self-certificates submitted by telecom service providers and BTS sites is regularly undertaken by field units of TERM.

Moreover, any BTS sites attracting public complaints are also tested by the TERM Cell. If any BTS site violates EMF norms, Rs10 lakh penalty per BTS per incidence is imposed. If the violation persists, the BTS can be closed. Periodically, testing is done as per prescribed procedures of TEC (Telecom Engineering Centre). Not a small amount considering the number of towers in the country come to around 400,000, with many multiples more needed.

Under close scrutiny, allegations about mobile tower radiation have failed to hold ground. In the past, the High Courts of Punjab & Haryana, Kerala, Madras, Delhi, Gujarat, Allahabad and Himachal Pradesh have all dismissed petitions alleging harmful impact of mobile towers on health in various places, including residential localities. The Gujarat HC noted (CA No. 5597 of 2014): “…the balance of evidence indicates that there is no general risk to the health of the people living near the base stations on the basis that the exposures are expected to be small fractions of guidelines.”

Similarly, the Himachal Pradesh HC (CWP 8283 of 2012) concluded: “…the exposures to electromagnetic fields do not have any notable effect on the health of human beings. Evidently, the studies conducted till date by two premier organizations, i.e. WHO and SCENIHR, go to indicate that despite a large number of studies… carried out for the last two decades to assess the potential health risk on account of emission of EMF, no major adverse health effect has been noticed.”

Despite strident voices complaining about the alleged health effects of EMF radiation, the actual evidence indicates otherwise. In all the uproar, however, it is conveniently forgotten that the telecom industry is critical for India’s growth, progress and modern development. Indeed, 100,000 new towers are needed annually to provide seamless services across India, including for new advanced technologies such as 4G, 5G and the Internet of Things.

As a result, more stringent EMF norms will be counterproductive. Without robust mobile services, many ambitious Government programs such as Digital India, Smart Cities, Jan Dhan Yojana, Skill India, Broadband for All, etc. will not enjoy long-term success. It’s time well-informed sections of society help in countering the groundless myths about mobile tower radiation that are impeding India’s progress and prosperity. That is the only way the Hon’ble Prime Minister’s dream of a modern India can be fulfilled by 2022.

(The author is the senior most faculty member of AJK Mass communication Research Centre and is on the Editorial Board of the Journal of Scientific Temper.)

Brightsandz Technologies, a leader in providing EMF shielding solutions for better health and environment, has…

4 responses to “A Scientific Temper for Radiation: Toaster or Telecom Tower”