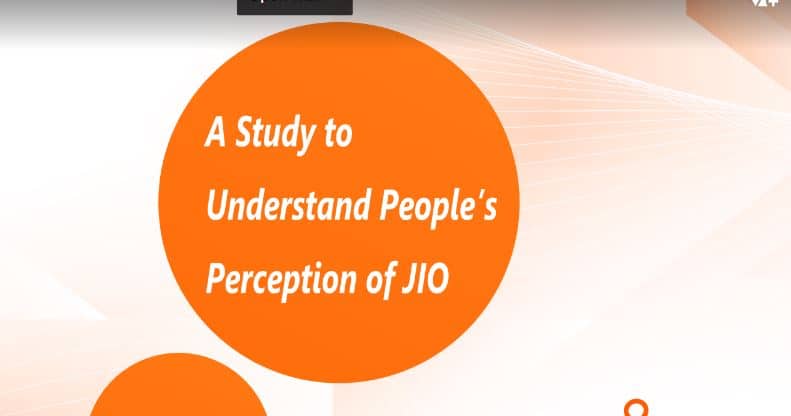 Velocity MR a market research agency, unveiled their latest study report conducted among mobile users in the country. The study was conducted among 2000 + respondents to understand user sentiment and their views about competition in this volatile market segment.

The study was conducted across the cities of Delhi, Mumbai, Bangalore, Kolkata, Hyderabad, Pune and Ahmedabad, Kochi through an online Panel Poll of respondents in the age group of 18 to 45 with a male to female split of 70:30.
There is a lot of consolidation in the extremely competitive mobile communication industry in India. Airtel is acquiring Telenor; Vodafone and Idea are merging; Reliance, Aircel, MTS are heading towards talks of merger; Tata Docomo is also likely to join in a merger; BSNL and MTNL are also likely to merge. Set against this backdrop in a country with an estimated 1.18 billion mobile subscribers according to Trai, this sector is probably the most talked about. Reliance Jio threw its hat into the ring with a game changing offer on September 1, 2016.

Adds Jasal Shah, Managing Director & CEO of Velocity MR, “We at Velocity MR felt that it was timely for us to conduct a study to understand the shifting dynamics of mobile usage ever since Jio was launched. No doubt that Jio shook up the industry and managed to grab eyeballs, and market share within a short span of time. However the question remains if they can sustain and compete with the larger players in the marketplace.”

A few pointers on why Jio was so successful
· The study showed that within a few months of its launch, Jio has managed to build a strong subscriber base with 4 in every 10 respondents using the service. Even after facing a lot of issues on call drops, the “free” factor ensures that the at an overall level people had a good experience of Jio and a majority of its subscribers (86%) do intend to continue using it in the future

· On Connectivity related parameters, Vodafone is rated the best on network consistency & sound quality while Jio scores lower than major players in the market. Among the major operators, Jio receives the lowest rating on Call drops with only Aircel & Docomo behind it

Feedback from Non-Jio Users
· Satisfaction with the current provider, not having a 4G phone and intention to continue using current number are the major reasons cited by the non-users for not using Jio

· The non-users seem to be playing the wait & watch game as the “free” factor doesn’t seem to be important for them. For the non-users, improving the network strength & providing fast 4G/ internet speed will make almost half the people to try using Jio

· Even though the non-users do claim to have a good experience of their current service provider, however they do show a good disposition towards possibly trying out Jio in future

Posted by: DQINDIA Online
View more posts
Tags:Jio, Reliance Jio, Telecom
82% of Reliance Jio connections are used as a secondary SIM 0 out of 5 based on 0 ratings. 0 user reviews.
IIM-C Announces its 20th batch of Executive Programme for Young Managers
Online Security Incidents Come With a $1.8Mn Price Tag for Banks