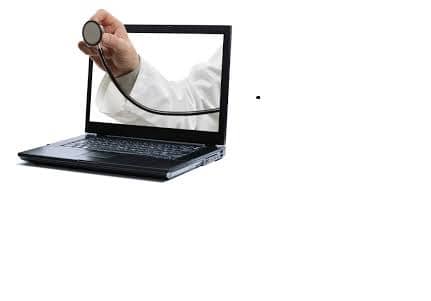 5) The Increasing Role of the CIO: One of the most significant investments hospitals have started making in the last 4-5 years is hiring a full-fledged Chief Information Officer (CIO), with dedicated focus on IT. Earlier, most hospitals used to have a relatively junior officer ‘managing’ the IT set-up. Hospitals have begun to realize the value IT can bring to their set-up, both in terms of easing operations and bringing in revenues.

Depending on the stage of realization they’re at, the CIO will have inadequate to sufficient budgets. One of the biggest challenges of CIOs I’ve seen in my experience is to get heard by the powers that be. I have even seen CIOs struggling to get an appointment with the Medical Director or with the owner. He will be allotted a budget so small that not even 1/4th of what he plans to do for the hospital will be possible.

Mostly, the CIO will try to replicate what he has done in an earlier job (assuming his earlier job was with a hospital with a decent IT set-up), so it’s important you keep track of his earlier assignments and IT procurements he’s done in them. So, as you can see, the transition is slow, but happening for sure.

While the CIO may have the desire, he doesn’t always have the money and authority to buy IT, so you as a seller needs to be sensitive to these dynamics. There are also hospitals, albeit very few in number, where the CIO sits on the board and faces none of the above challenges. However, always keep in mind that selling to the CIO and selling to the owner/medical fraternity are two different ballgames, unless you’re lucky enough to encounter a CIO who has a keen business sense and has complete trust and support of the owner, but don’t count on it!

6) Don’t get into the feature/specifications trap: Unless you are bidding for a government tender where the nature of bidding necessitates listing down or complying with specifications, it rarely helps in getting into a feature comparison mode when selling to hospitals. In fact, it’s the surest way to dilute your offering and may place you on a weaker wicket vis-à-vis competition who may have a few more features but lag behind in value to the prospective customer. Hence, it is always beneficial to play the value game and drive the discussion in that direction.

Customers will tempt you to get into a feature-based discussion because that’s the language they’re most comfortable with. But unfortunately, in this industry, customers very often don’t know what they’re looking for and, more relevantly, what will suit their particular organization.

Moreover, what they sometimes overlook is the fact that for every feature on their wish-list, there is a cost attached. So, hospitals often end up paying for features they don’t even need and only later realize what they’ve bought doesn’t suit their organizational needs. So, as a sales person, sell value; consult the customer on what are the critical needs of their organization they’re looking to address and even if that means lesser features of your solution and hence a lower order value, so be it ! This builds trust. There will be many more orders coming your way once the trust element is established. While this is true for any industry, it is more so for the hospital segment where the maturity of the buying process is low.

7) Know your subject: Healthcare customers, much like a number of other industries nowadays, will entertain a sales person if and only if he understands and speaks their language. Domain is everything. Pure IT-based selling will only get you as far as the IT folks within the hospital, but since the decision maker/s lie beyond the IT department, as you have seen, you need to get there by talking “subject matter” with them as you will find they rarely understand technology, but are almost always looking to solve a business problem.

Rather than spelling out a feature, tell them how you think you’ll be able to address this problem and if, by addressing the problem, your solution will enable them to cut costs or enhance revenue, you can bet they’re listening. So, it would much rather help your cause to say, “our solution would enable your consultants to reduce time wasted in hunting for patient records and thus see more patients in his allotted consultation timeslot” rather than to say, “this feature will help doctors see their patient data from wherever they are.” The former implies a quicker turnaround of patients and establishes a direct, easy to comprehend link with greater revenue for the hospital.

Another illustration would be you much rather saying “this enables quicker discharge of a patient, so the bed is prepared for the next patient” than “this feature enables the attending physician to sign the discharge note from wherever he is.” The former, once again, establishes a direct link with growth in bed revenue.

8) Selling to Consultants: To overcome the problem of lack of sufficient knowledge and other wherewithal to make IT procurements, hospitals have started hiring consultants to help them in the process. Some consultants are given a free hand in the entire process and report directly to the owner, in which case there are fewer stakeholders to satisfy. However, at other times, the consultant works under major constraints and may have very little influence over the choice of vendor. You have to spot the dynamics very early in the sales cycle. Consultants can make or break a sale, depending on their degree of control. Keep the consultant in the loop on all interactions you have with your prospect.

If you can turn the consultant into an internal champion for your solution, more than half your battle’s won. Sometimes, the quality of the consultant may be questionable, especially the freelance ones, and this is where you’ll have to increase interactions directly with the customer without, of course, offending the consultant in any way. Make sure representatives from the customer’s side are present at each meeting you have there. As in any sale, find out quickly what the consultant’s personal agenda is on this one and if you correctly put your finger on that before your competitors have, you’ve won your deal.

Selling IT to hospitals is an activity that needs to have a lot of thought put into it, primarily because the customer is also learning and is behind his counterparts in other, more mature industries that use IT extensively. Several global companies have come, tried everything and then bowed out of the Indian market, citing ‘lack of scale’ and ‘extremely fragmented market’ as two main reasons for their failure to make inroads. However, finally, it’s all about patience, deeper involvement and trust-building and you will definitely succeed in an industry that will only see growth in the years ahead.

The author, Indraneel Ganguly is currently employed as Senior Assistant Professor at Xavier Institute of Management and Entrepreneurship (XIME), Bangalore. Prior to this, he spent 20 years in the corporate world, playing various sales & business development roles in the IT & Telecom industries, the last 5 of which were in the healthcare domain. The views expressed in this article are purely his own, gleaned from personal experiences in selling IT solutions to hospitals in India.