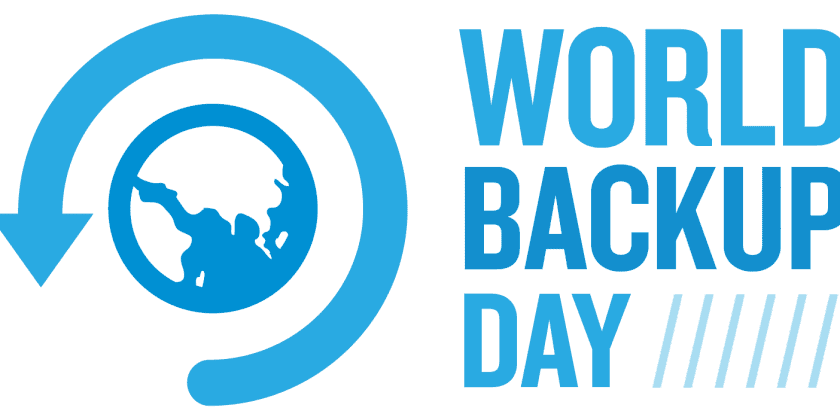 World Backup Day is a global initiative to educate people about the increasing role of data in our lives and the importance of regular backups.

According to 2015 Backblaze Backup Awareness Survey which reveals how often people backup all of their data on their computers, 25% of people surveyed said they have never backed up their computer. In 2008, when such survey was conducted for the first time, 38% of people said they never backed up which certainly suggest some progress in awareness of data loss. However, among 75% of people surveyed last year who do perform data backups, only 8% back up daily while majority of people back up yearly (23%) or monthly (19%).

Security experts at ESS Distribution know for sure that backing up data is a very sensible thing to routinely get into the habit of doing. On this World Backup Day, they advise users following these seven steps to ensure their data is safe and backed up.

“Backing up data does not only make sense in case your device is stolen or lost, but in case your hard disk fails, which always happens all of a sudden when you don’t expect it,” says Sarvesh Singh, Technical Engineer at ESS Distribution Pvt. Ltd. “Being able to have more options for data recovery is crucial in case of malware infections. For example, if your computer becomes infected with ransomware, a nasty stuff that encrypts your files and threatens to delete them if you don’t pay a ransom within a certain time period. Ransomware can be of less worry for those whose data is backed up and stored safely because you can anytime recover your files without paying anything to cybercriminals (we never encourage people to pay even if you don’t have your files backed up”.

Here are some of most common and simple options for people looking to backup up their data. We always advise to have more than one backup to be on the safer side (such malware as ransomware described above can try encrypting your backup files on your external storage if it is not disconnect from the infected system in time).

This World Backup Day, you can educate yourself and others about importance of backup before it’s too late!

Higher performance SSD will play a bigger role in future

The 2020 Digital Storage for Media and Entertainment Report, from Coughlin Associates, provides 257 pages…