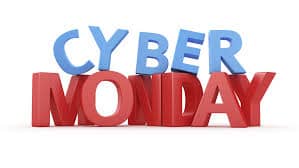 As you might be endlessly waiting for Black Friday and Cyber Monday deals online, cyber-criminals are ready with their digitally well-equipped conned trap which would take fist full of money from your pocket. eScan predicts some of the major threats which are likely to spoil your shopping spree.

Ransomware
From ‘Android.Trojan.SLocker.CV’ to ‘Dharma’/ ‘Karma’, 2016 has been the year of Ransomware and it refuses to die down as the hackers have added Ransomware as a weapon in their armory. According to eScan research, cyber-crooks would be relying on social engineering techniques such as Phishing to lure innocent shoppers. According to the research, 93% of phishing emails contain Ransomware, which is spread through phishing emails with malicious attachments or through drive by downloads. eScan predicts that cyber criminals would be making use of phishing scams to lure victims into entering their sensitive information. eScan cautions its readers and users against such emails and also avoid clicking of attachment on Cyber Monday discount emails.

Blackhat SEO Campaigns
Cyber crooks would make use of aggressive SEO strategies, techniques and tactics to focus only on search engines and not on human audience, and usually does not obey search engines guidelines. By doing this they can infect users who are looking for Black Friday deals. eScan advises users and readers to go directly to a store’s official website instead of using search engines to look for deals

Watch out for HTTP
Never purchase goods from a site which have “http” at the start of the URL. Many shopping websites use SSL to encrypt information and a padlock icon. Proceed with online shopping only if you see https connection.

Fake Apps
As per the trends observed earlier, users need to be cautious from phony apps which offer access to Black Friday and Cyber Monday deals. These apps tend to misuse the data of the user and violate the privacy. Users need to download apps from legitimate app stores and websites.

With rapid rise of mobile e-commerce apps, the users need to be extremely cautious while installing the app. eScan has wide range of products for Mobile Security for both Android and iOS.

Untrusted Public Wi-Fi
Black Friday and Cyber Monday shopping should be avoided in public places such as Restaurant or Mall hotspots or Airports as they are prime targets for hackers as they can seize the opportunity to defraud individuals or steal their identity or both. eScan advises its users and viewers to shop only from trusted wireless connections such as home and cellular networks.

POS Malware
Cyber-criminals are increasingly improving their methods to target innocent victims. Instead of infecting thousands of individual computers, cyber-criminals can now get the same output by attacking just a few POS systems with specially designed malware and with the holiday shopping season in full swing ahead, eScan predicts new POS Malware on the rise considering statistics of third quarter of 2015, where POS malware was increased alarmingly. eScan advises users to make use of strong passwords for all their POS devices and change the default ones. Apart from this, they must make use of reliable antivirus software which would keep their POS systems safe and keep their POS systems safe from any kind of infections. In addition to it, credit and debit card bank statements need to be checked to ensure there are no unusual or fraudulent transactions.

Stay Alert from Card Skimmers
At the time of withdrawal of your money from ATM, eScan advises you to inspect the card reader before swiping to ensure that it isn’t fake. Lately, 3.2 million Debit Cards from multiple banks have been compromised, belonging to Indian users. Based on this, we predict that cyber crooks may install card skimmers over ATM slots in order to trick people into providing their PIN and magnetic strip information.

Update your Security Software
Make sure that your operating system, Web browser and security software is up to date which would protect you from all kinds of Malware attack.