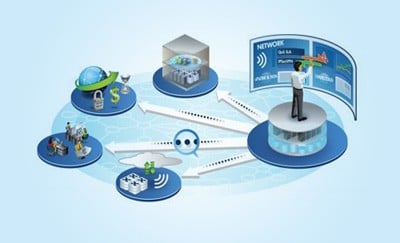 Juniper Networks has found through a study commissioned with leading IT market research and advisory firm IDC that a majority of large enterprises in India  were planning to deploy Software Defined Networking (SDN) technologies as part of their network architecture by 2016.

In recent times, SDN has become the buzzword in the networking industry and is widely tipped to be the next game-changer. The Juniper Networks commissioned study by IDC entitled “Understanding SDN is the key to transformation”, surveyed 171 IT decision-makers from over 151 organizations across various industries, to find out more on their plans to deploy SDN in their networks.

“SDN has the potential to transform the networking landscape. The Juniper Networks- commissioned study by IDC clearly indicates the areas in which SDN solutions need to perform well if it wishes to establish itself as the new norm in networking. The need of the hour then becomes educating and creating awareness in the industry on the benefits of SDN. To further this cause, Juniper has initiated SDN training programs that has created awareness amongst potential users.
The networking architecture landscape in India is in a state of transition and the software-defined model can enable significant advantages, making it the logical solution every organization turns to for better efficiency and security. With 65% of the respondents across sectors being aware of the benefits of deploying SDN, we are on the verge of a unique and significant transition in the industry,” said Sajan Paul, Director (Systems Engineering) – India & SAARC, Juniper Networks

As per the Juniper Networks-commissioned study by IDC, India is at a critical juncture where organizations now need to move forward and start adopting innovations like SDN to be able to adapt to the rapidly changing business environment. Currently, 86% of the respondents felt that enterprise networks in future will be a combination of SDN and traditional networks and 48% felt that SDN can provide value if implemented well. The key enabler, however, would be to respond to the change in a timely way and analyze, understand and prepare for it via trusted partnerships and Proof-of-Concept investments,” said Gaurav Sharma, Research Manager, Enterprise Computing, IDC India.

· Benefits of SDN: Improved network performance and efficiency emerged as the top benefit of adopting SDN.

· Key concerns around SDN adoption: Although 86% of respondents projected that enterprise networks of the future will be a combination of SDN and traditional networks, they also cited initial concerns like difficulty in integrating SDN with already deployed or available infrastructure, security concerns, technical skill gap, total cost of ownership, and lack of management.

“Organizations wanting to derive business value from their 3rd platform investments need to now provide a digital nervous system to support the exponential data growth and increase in performance expectations as a next step. Innovations like SDN can enable the organizations with an unmatched capacity, flexibility and scale that can act as a worthy foundation to help achieve that business value.

Juniper Networks, an industry leader in automated, scalable and secure networks, announced that ESDS, a…