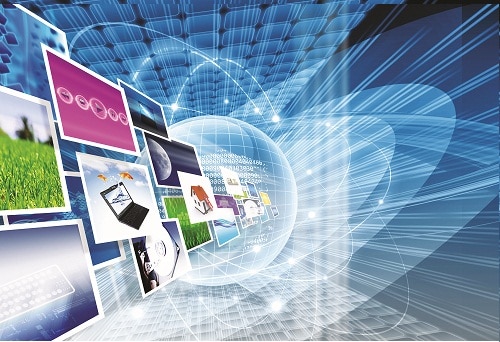 Virtual reality is fast becoming a wunderkind of the tech community. Only a decade ago, VR was treated with a heavy dose of skepticism. After years of failure and missed targets, it seemed that creating a truly immersive and commercially viable VR was a distant goal. That was before Sony’s VR system, PSVR, sold a staggering two million units, however, and before the proliferation of 3D printing made Google Cardboard a reality.

Now, the VR hardware and software market is set to grow to over $40 billion within only a few years. VR is truly exploding and there are some incredible software products that are coming out as a result of this rampant growth.

Google Arts and Culture allows for VR users to completely immerse themselves in art and culture from all over the world. In fact, VR users are able to tour more than 1,200 museums through virtual exhibitions and virtual guided tours. Galleries can be explored through the use of Google Cardboard, or any other VR headset compatible with smartphone devices, and can be downloaded on either the Android PlayStore or iTunes.

There’s seldom just one side to a story. With NYT VR, you’ll see every side in beautiful 3D. This app explores the extent to which we connect with stories emotionally, empathize with people, and understand visceral, impactful stories. Proving that VR can shape more than just the entertainment we consume and how we consume it, NYT VR helps expand the meaning of journalism and the experience of understanding it.

Being able to step into a music video is quite the experience. With YouTube VR, you can do just that. Instead of simply streaming videos and vine compilations, you’ll be able to step into the streaming service itself. VR-ready YouTube videos are allowing users to access 360-degree videos of landscapes, animals, house tours, and sporting events. Virtually anything can be experienced through the platform — at no cost.

As VR gets more popular, people are already beginning to play with some postmodern “play within a play” themes. VR games are playing around with the idea of descending into multiple layers of virtual worlds. With Virtual Virtual reality, things get even more meta. Virtual Virtual Reality is a dark romp that explores the nuanced relationship between fantasy worlds and human existence.

WebVR is open-source and makes experiencing VR in your web browser a possibility. It is driving support for accessing VR, AR, and MR devices on the web. All you need is a VR headset and a WebVR compatible browser to begin seeing and interacting with VR worlds on the web. WebVR is helping expand access to VR, letting everyone experience a fully-3D Internet. The WebVR API is available for designers and developers looking to expand upon it.

You can go to live events and experience the news without leaving your living room. Want to see a basketball dunked into the hoop in immersive 3D? You’re able to watch the game as if you’re actually there — and have access to cool camera angles previously unseen. Next VR expands what it means to participate in an event and redefines spectating.

Virtual reality is nothing new. We’ve been trying to delve into fantasy worlds through all sorts of media. Until recently, only our imaginations could rival the immersive worlds of VR. Now, it seems like VR is becoming a tech reality. Early endorsers and adopters of VR are seeing standards being subverted, expectations changed, and innovation embraced.

The Google Arts and Culture app is allowing us to explore classic pieces of art, Next VR and YouTube VR let us explore sporting events, and NYTVR lets us experience journalistic storytelling in a brand new way. WebVR redefines our understanding of how we experience the Internet. Live events can be beamed into our homes with Next VR.

The six applications above encapsulate the fierce innovation and growth VR is undergoing. These apps are expanding upon the uses of AR, VR, and MR to create wholly new experiences and reinventing old ones. These amazing applications deserve your attention and your time.

ITC Infotech, the full-service provider of technology solutions and a fully-owned subsidiary of ITC Ltd,…

One response to “6 Virtual Reality Apps Changing the Landscape”