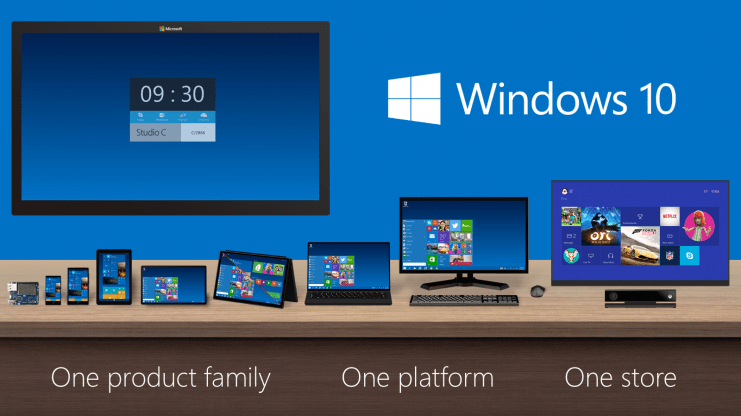 The hysteria around what is going to be a Windows upgrade from Microsoft has looped in all sorts of rumors and myths, some may be relevant and some may be not, but are you ready to accept the consequences of ‘free’ upgrade — is question of the hour. Microsoft wants everybody to get a taste of their much anticipated new platform after the not-so popular mess of Windows 8, and going by the current tide of circulated rumors, Windows 10 seems be carrying a mixed bag of tricks up its satchel!

Let’s debunk some myths around the Windows 10 upgrade.

Let me clear the air now with some help from Microsoft. Terry Myerson, Executive Vice President (VP), Operating Systems, Microsoft had a clear and concise answer to the dilemma.

In the official Microsoft Windows blog, Myerson said, “We announced that a free upgrade for Windows 10 will be made available to customers running Windows 7, Windows 8.1, and Windows Phone 8.1 who upgrade in the first year after launch. This is more than a one-time upgrade: once a Windows device is upgraded to Windows 10, we will continue to keep it current for the supported lifetime of the device – at no cost.”

Long story short – if you upgrade to Windows 10 within the first year, it will be yours free, forever without any hidden subscriptions or additional costs.

#2 The upgrade is free for all

Some people won’t like it, but this myth is the most harsh one to come to terms with. Yes, Windows 10 is available as a ‘free’ upgrade but only for Windows 7 and Windows 8 users, but NOT for XP users (still a big following in terms of users) or Vista users (if they still exist!).

Sad, because users with pirated copies of Windows 7 and 8.x Home editions will get the upgrade, but enterprise version users can not. Strange days.

Wrong, just wrong. It is true that Microsoft might be entering deep waters by offering pirated Windows users a free upgrade, but that doesn’t mean they can force the issue here. It is entirely up to the user if he/she chooses to upgrade or not.

If you have a qualified device then MIcrosoft will prompt you to upgrade to Windows 10. Many organizations and enterprises usually wait six months or an year before upgrading to the new platform, because of the impending bugs and eventual fixes. Almost all recent Microsoft Windows products had to face that issue with corrective measures provided in the form of service pack updates by the company.

You have got to hand Microsoft some credit for hitting the bulls eye in this regard. The soon-to-be launched Windows 10 will not have any provision to stop updates like in the current 7 and 8.x versions. This is a bold step, and you can’t stop but admire Microsoft’s audacious approach in the design and future makeup of Windows 10.

So once you board the Windows 10 bandwagon, you are on it until rapture. It will update itself when it wants, and those of us who have always hated the Windows Update feature can’t do much about it. Whatever goes around comes around, and this time it is Microsoft which is playing the bully!

#5 Windows is heading towards subscription based service

Chances are slim, but the path seems to be set. With the free upgrade provided to users, including the pirated ones, Microsoft seems to be looking at a longer run — eradicating piracy. Now how strong and robust ways they have acquired remains to be tested.

Also, the company is yet to take a firm stand on the future of Windows 10 users after one year of free upgrade. I believe we’ll need to wait until one more day to get a wider bright picture about what the world’s most popular software company has in the offing.

Microsoft could be taking its best-selling product — the Windows OS to a subscription-based service, such as Whatsapp, which could be a path-breaking decision in its course of history. Right to this day, Microsoft Windows were a one-time investment thing, but only time will tell whether subscription-based Windows witnesses daylight or not.

Posted by: DQINDIA Online
View more posts
Tags:Microsoft Windows 10, Windows 10, Windows 10 Upgrade
5 myths around Windows 10 upgrade debunked 0 out of 5 based on 0 ratings. 0 user reviews.
Now, you can chat in private without the Internet or a data plan with FireChat
Cloud computing and the changing role of the CIO

VMware, a global provider in cloud infrastructure and business mobility, sees growth in adoption of…