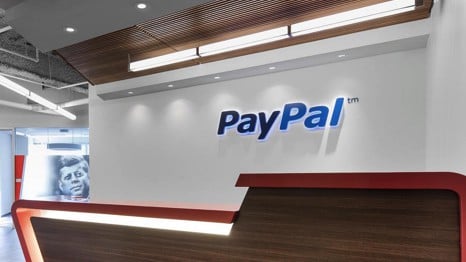 PayPal announced a shortlist of five new Financial Technology (FinTech) startups –Finbox, Neoeyed, Paymatrix, Scalend and Tybo as new entrants into its PayPal Incubator in Chennai. The announcement was made after the final round of pitching during the 5th Incubation Challenge, where 10 shortlisted startups from 250 startups presented to an esteemed panel of judges including Guru Bhat, GM Technology & Head of Engineering – PayPal, Anupam Pahuja, MD – PayPal India and Rama Bethmangalkar, Venture Capitalist, formerly with Ventureast.

As a part of PayPal’s vision to transform and democratize financial services, the Incubator helps elevate and drive innovation across the FinTech industry with a focus on startups in financial technology as well as adjacencies like loyalty, machine learning, big data and logistics among others.

“In its 5th year, the PayPal Incubator has received an overwhelming response with over 250 applications from early stage FinTech startups – a 150% growth from last year, reflecting both the need for an incubation program, as well as the FinTech industry’s potential. Our program is designed to help our newly incubated startups script their own success stories by facilitating access to PayPal’s expertise in cutting-edge technology and by enabling them to leverage PayPal’s market leadership around the world” said Guru Bhat, GM Technology & Head of Engineering – PayPal.

Launched in 2013 in partnership with The Indus Entrepreneurs (TiE), the incubator provides a conducive environment for early-stage startups to grow and evolve at PayPal’s Technology Center in Chennai. The program offers startups technology counsel and mentorship, infrastructure support and networking opportunities with both investors and customers. In addition to these, PayPal will also be picking up an undisclosed stake in each of the selected startups this year.