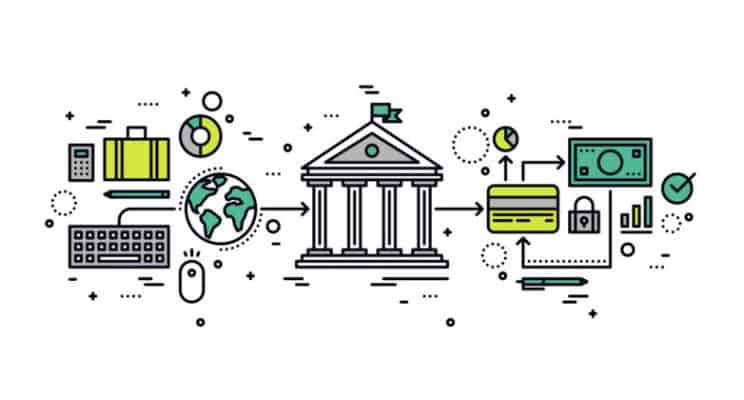 All but one of 100 payments executives at large banks said their bank plans to make major investments in Open Banking initiatives by 2020, according to the results of a global study by Accenture.

Open Banking is an emerging service model that allows customers to share access to their financial data with non-bank third parties, which can then use that data to provide the customer with a better banking experience. Banks can also use the Open Banking platform to offer plug-and-play financial products to third parties, such as retailers or fintech companies, ultimately expanding their reach to new customers.

“Indian banks are already using newer technologies to understand customers affinity towards a product or service. However, success of a new service is still dependent on an organizations capability to understand the data and run targeted campaigns,” said Rishi Aurora, Managing Director and lead for Accenture’s financial services group in India. “

The survey found that nearly two-thirds (63 percent) of banks in North America believe that implementing Open Banking is critical to competing with new entrants – such as fintechs and tech giants – and will help banks remain relevant, compared to half (51 percent) of executives surveyed in Europe and two-fifths (40 percent) in Asia Pacific. In fact, half (52 percent) of all the bank executives surveyed believe that they will be forced to implement Open Banking in order to compete with traditional competitors (i.e. other large banks) that have invested in digital transformation. 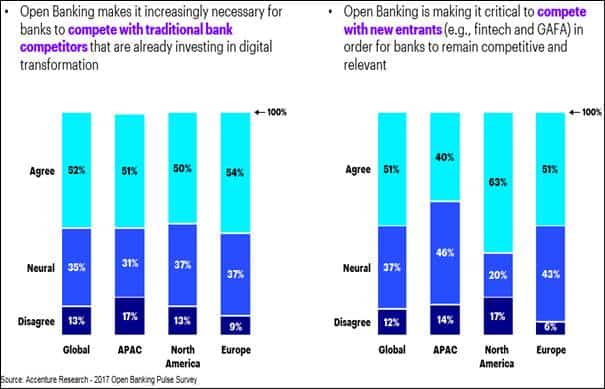 In Europe, Open Banking is being driven by the Revised Payments Service Directive (PSD2), a regulation taking effect January 2018 that will enable consumers to share their financial data securely with banks and third parties, making it possible for them to more easily transfer funds, compare products and manage their accounts without their bank’s involvement. While Open Banking is a regulatory requirement in Europe, market competition is driving North American banks to a high-level of interest in implementing Open Banking.

According to the study, two-thirds (66 percent) of bank executives believe that Open Banking will help create new revenue streams for their organization, and 90 percent expect it to drive incremental revenue growth of up to 10 percent.

· More than two-thirds (71 percent) of respondents at European banks view Open Banking as more an opportunity than a threat, versus 63 percent in Asia Pacific and 60 percent in North America.

· The majority (71 percent) believe Open Banking will make it easier for customers to access more targeted banking products and offers.

· According to the results of the survey, some banks can already distribute third-party banking products to consumers with whom they do not have a primary relationship: 37 percent in North America, 29 percent in Europe and 23 percent in Asia Pacific.

· Half (50 percent) of all respondents, and nearly two-thirds (63 percent) of those in Europe, believe that implementing Open Banking will increase the level of risk in the banking.

“Customers trust the banks most with their data. Banks should therefore handle the data responsibly and at the same time, leverage it to offer a personalized customer experience,” Aurora added.