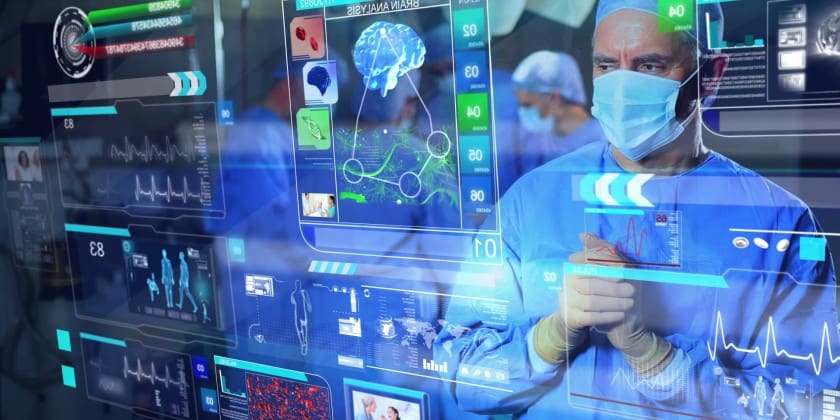 Healthcare is not a privilege; it’s a right that every citizen should possess. But, there are many who are deprived of this right.

Varun Sood, CIO, Fortis Healthcare, says “There are three basic challenges that need to be addressed in healthcare: Accessibility, affordability, and quality.” Most of the people in India do not have accessibility to even the basic care. Inaccessibility of healthcare information to citizens and patients is one of the major challenges—patients typically have no visibility into availability of beds, blood, drugs, and equipments.

Further, affordability is always a challenge as the prices are very high, whereas quality is also always at stake because of quantity—the number of doctors and the beds available is very less compared to the patients. There is only one doctor per 1,700 citizens in India while the World Health Organization (WHO) stipulates a minimum ratio of 1:1,000. Further, the Union Health Ministry figures claim that there are about 6-6.5 lakh doctors available currently in the country and India would need about 4 lakh more by 2020.

Adding to it, Sunil Kapoor, CEO, Eternal hospital believes that long manual documentation, hand written prescriptions are still holding back Indian healthcare sector as compared to other countries. According to him, Indian regulations and the kind of volume the medical fraternity has to deal with are the two major factors contributing to it.

For instance, “If I go to a pharmacy to ask for a medicine, the computer will tell the chemist that the medicine is there in the shop but which shelf or row they still can’t tell. Today also the pharmacist has to remember that,” added Sunil. Pressure on both private and government hospitals is increasing immensely. Each doctor sees about 100 patients in four hours. That means, two minutes for each patient. In two minutes can he write the prescription on a computer? The volume is too high and the doctors are less. There is a lot of gap and that’s increasing and creating pressure on the system.

Technology Opens Up New Avenues for Healthcare From wearable devices to telemedicine, technology has changed the delivery of healthcare services. At one hand, telemedicine helps in reaching out to many people, while at the same time it also makes an affordable proposition as the doctors can utilize that time in something else and convenience factor for a patient goes up.

On the other hand, companies like Lybrate, Practo, etc, are connecting doctors and patients through health app and letting them communicate. It empowers patients to get the right advice at the right time and allows doctors to touch more lives.

Technology has taken these things amazingly ahead from where we were in the last decade. Today, we are talking about robotic surgery, or robot-assisted surgery, laparoscopic surgery, also called Minimally Invasive Surgery (MIS), bandaid surgery, or keyhole surgery.

So the world has changed in the last 10-15 years but the adoption of technology in healthcare has gone a little slow in the process side but it has taken leaps and bounds in the diagnostics side. Machines are fully computerized and can also generate amazing 3D images.

There are many real cases that are early adopter of technology and have revolutionized the way healthcare is delivered in India. After studying a number of cases, we have identified four real examples that stand out from the rest and are at the forefront in using technologies.

By:  A. T. Rajan, MD & CEO of Ricoh India Technology is a very important…

Our motto is to bring ‘Healthcare Closer to Everyone’ at affordable costs: Ninad Raje, CIO & Director, HealthAssure

How is technology changing the face of healthcare industry? The healthcare sector in India has…