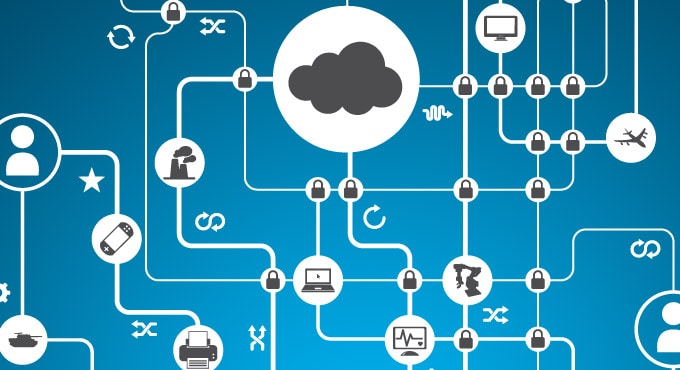 Today’s engineering is making science fiction look obsolete. Technology pioneers are creating products that seemed nearly impossible a decade ago. With the Internet of Things, (IoT) we’re going to witness a rage of budding entrepreneurs giving meaning to everyday objects – constantly making them smarter and improving automation.
Every household object from dishwashers to refrigerators to blankets is going to be embedded with computing chips. As more inanimate objects get intelligent, we’re going to have more processing power than the computer NASA used to land astronauts in the moon.

But to take this vision to realization, one needs to make sense of data and be able to change lines and lines of machine code in real-time. To sustain the IoT market, it has to be built under the backbone of analytical data. Without objects actually acting ‘smart,’ by understanding patterns and preferences, this market will simply not be able to scale for end consumers.

Wearable technology –A mascot for the IoT market
Wearable technology has been there for a while now. But the introduction of the Apple smart watch is said to herald mass acceptance of wearable tech across the globe. Being the precursor to IoT, the Apple Watch also runs a host of applications which help you use less of the phone and yet be aware of your surroundings by the flick of your wrist. Several application developers are working on developing easy to use apps for the Apple Watch.

This might seem like a simple task, but it involves a lot of testing and precise coding. It is not easy to build an app for a device with such compact hardware. The app should be smart enough to conserve battery life and provide an unrivalled experience to the consumer. To speed things along and monitor the performance of applications on the watch, developers need Application Performance Management tools to get the best of their applications.

By helping developers easily sift through the code and make changes in a real-time environment, rich analytics can be unearthed about the behavior of applications. Errors and time lags can be plotted on charts in real-time, providing the developer with useful information and helping in improving the performance of the application.

Data Management
IoT will redefine the way humans interact with their surroundings. A wrist band will monitor your sleep, the blanket will highlight movement, a bed will adjust itself based on posture, an opaque smart glass on your window will turn transparent to let sunshine stream into your room, a toothbrush that highlights dental hygiene.

Step out of your room, into the kitchen and you will find a steaming hot cup of coffee waiting for you. Your water heater is ready, your music system starts humming. The entire building is smart and everything is automated. The government has allocated $962 million for smart cities in its federal budget for the year and the country is attracting several international investments on this front. With the proliferation of smart cities, structuring data is an absolute must to make these cities sustainable.

These technologies are already out there in the market. Several tech giants and scores of start-ups are working to make IoT a reality. Because of the endless range of possibilities and the customizable nature of IoT, many smaller companies are making strides in this space. With introduction of devices like Raspberry pi and SDK’s like Java ME the IoT revolution is happening faster than one would imagine. The millennials love IoT. This new age of tech savvy enthusiasts are also breeding and educating their peers on the benefits and use cases of IoT solutions.

Each of these devices run apps on a network, to send receive and process data. If these devices do not seamlessly interact with each other, an IoT solution can become a veritable nightmare. A wrong line of code in the home security can result in anything ranging from a false alarm to the cops or the entire house being burgled. Things could turn nastier if stoves and gas burners are also on the network and happen to misbehave. Therefore, before a marketable product is available, data collection is vital to iron out glitches and errors.

For the mass application of IoT, technology has to be entirely agnostic. A consumer should not be forced to interact with a dozen chips, when the idea is to automate processes. The smartphone is a classic example of how IoT tech can be brought under one roof. The phone acts as a simple solution that collates disparate nodes of data and unifies them, making tech engaging and intuitive. But the smartphone has a few inherent limitations that can be addressed by wearable tech, bringing you one step closer to the concept of IoT.

The big picture – data will be the kingmaker
Let’s take an example of an app developer designing a fitness tracking app for the Apple Watch. Using an Application Performance Management tool, the developer can identify unnecessary code that causes the app to run slow, the areas which increase lag and make the user experience distorted. Even before the app is ready, the developer can test it to ensure that it is lighter and faster.

After the app is rolled out, the maker can also get insights into how the app is being consumed by different users across the globe. This data is vital in understanding pain points of the app, areas of improvement and ways to make the application more engaging for a consumer. With the plethora of apps in the market, developers need to get it right the first time. This is possible only by analyzing data and constantly working on the code to market the best available product.

Spotting patterns and automating repetitive tasks is critical to IoT. A lot of technology is still in its infancy and the concept is new to app developers and product manufacturers alike. App development and support is necessary to make IoT related technology available to a wider audience.

As a concept IoT has the potential to shape the future. According to Jeremy Rifkin, a social thinker, IoT will generate enough Big Data which has the potential to dramatically increase productivity, and reduce the marginal cost of producing and deliver a full range of goods and services to near zero across the entire economy.” While companies are developing technology related to IoT, it is important for developers to ensure they’re deployed successfully with minimal errors. We need more automation – one that is user-friendly providing the customers with an experience that is not just satisfactory, but entirely exhilarating.

Posted by: DQINDIA Online
View more posts
Tags:internet of things, IoT
3 ways to make it big with the Internet of Things 0 out of 5 based on 0 ratings. 0 user reviews.
Lenovo bets big on Indian domestic market
India needs 500 million bank in the palm devices for powering financial inclusion