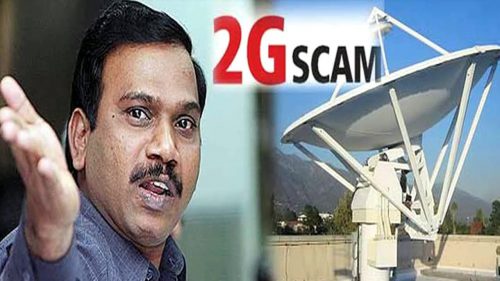 Delhi Court pronounced the verdict in the 2G spectrum scam cases and acquitted all the accused involved in the scam including former telecom minister A Raja, DMK leader Kanimozhi. The court said that the prosecution has failed to prove the charges beyond doubts. According to a Comptroller and Auditor General of India (CAG) report,the 2G spectrum allocation scam was one of the biggest ever scam which had taken place during the Congress-led United Progressive Alliance (UPA) regime and caused the public ex-exchequer a loss of Rs 1.76 lakh crore.

In the 2G spectrum scam, according to the then CAG report, the licenses were given to the telecom operators by not following the free and fair bidding procedure. Rejecting all the allegations, former Telecom Minister A Raja had claimed that the then Prime Minister Manmohan Singh was apprised about the procedure which was followed. However, according to the series of events which took place at that time, recommendations suggested by former PM Manmohan Singh and then Finance Minister were rejected by A Raja. According to report, almost all the accused in the 2G scam were present in the court today.

During the hearing in the 2G spectrum allocation scam, the judge said that prosecution has failed to prove charge beyond doubts and acquitted all those involved in the loop telecom case. According to reports, A Raja had rejected all the allegations and claims made in the CAG report. A Raja even said that no loss was caused to the ex-exchequer. The 2G spectrum scam jolted the then UPA and marked its downfall as a clean and transparent government in the public perception.The 2G spectrum scam had also changed the political discourse of the nation.