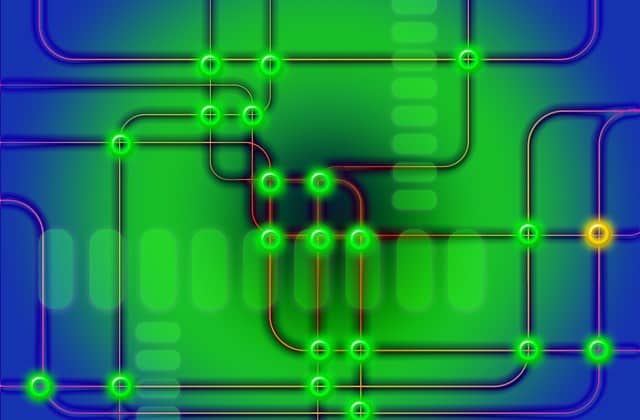 IC Insights is updating its comprehensive forecasts and analyses of the IC industry for its 25th edition of The McClean Report, which will be released in January 2022. Throughout next year, the report will include updated quarterly rankings of the worldwide top-25 semiconductor suppliers.

The 17 companies forecast to have worldwide semiconductor (IC and O S D—optoelectronic, sensor, and discrete) sales of >$10.0 billion in 2021 are shown here. Three semiconductor companies—AMD, NXP, and Analog Devices—are expected to join the noteworthy “megasuppliers” list in 2021.

These megasuppliers include nine suppliers headquartered in the U.S., three in Europe, two in Taiwan and South Korea, and one in Japan. The list includes six fabless companies (Qualcomm, Nvidia, Broadcom, MediaTek, AMD, and Apple) and one pure-play foundry (TSMC). In total, the megasuppliers’ sales are expected to jump by 26% in 2021 compared to 2020, one point greater than the forecasted total worldwide semiconductor industry 2021/2020 increase of 25%.

In order to make the year-over-year growth rate comparisons more reflective of actual growth, the sales figures include each company’s semiconductor sales from acquisitions in 2020 and 2021 regardless of when the acquisition was finalized. For example, Analog Devices officially closed its deal to acquire Maxim on August 25, 2021.

Growth rates among the 17 2021 megasuppliers are expected to range from AMD’s 65% to Intel’s -1%. Four companies—AMD, MediaTek, Nvidia, and Qualcomm—are forecast to post a sales gain of greater than 50% this year.

Samsung’s semiconductor sales are forecast to be nearly $83.1 billion in 2021, making it the largest semiconductor supplier this year. Driven by a resurgent memory market and relatively flat sales results from Intel, Samsung once again replaced Intel as the leading semiconductor producer beginning in 2Q21.

With the DRAM market NAND flash markets showing strong growth in 2021, Samsung is forecast to register a 34% increase in 2021/2020 sales and open up a $7.5 billion lead over second-ranked Intel this year.

Posted by: DQI Bureau
View more posts
17 semiconductor companies forecast to have over $10 billion in sales for 2021 0 out of 5 based on 0 ratings. 0 user reviews.
At CES 2022, HERE to demo how location intelligence powers future of driving
Continental India receives TISAX certification for advanced cyber security practices

Digital adoption is here to stay, as is omnichannel