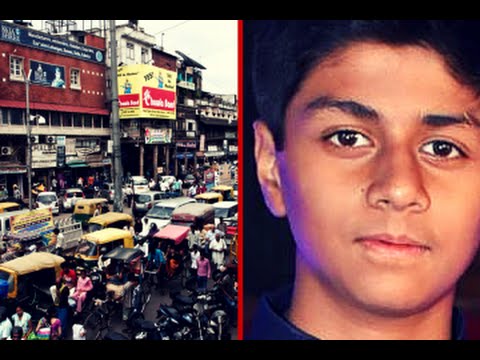 Having helped daily commuters in Delhi/NCR solve the problem of finding travelling partners with Odd-even.com, Delhi’s Akshat Mittal has now set his eyes on another cause – social change! The 15-year-old entrepreneur, who is currently associated with Gurgaon-based carpooling app Orahi’s advisory board as a technical and domain expert following the acquisition of Odd-even.com, has announced the launch of his second venture, ChangeMyIndia.org.

Counted amongst one of the youngest entrepreneurs in the world, Akshat initiated ChangeMyIndia.org after getting selected as an “Ashoka Youth ChangeMaker” by Ashoka Innovators for the Public, one of the largest networks of social entrepreneurs in the world. The portal, which will act as a web platform for Indian citizens to list their problems/issues, will also allow them to register as changemakers and actively contribute in successfully resolving social grievances through collective, collaborative efforts.

Commenting on the launch, Akshat Mittal, Founder, ChangeMyIndia.org, said, “When I was selected as an ‘Ashoka Youth ChangeMaker’ for Odd-even.com, I was already thinking about the next challenge – how to initiate a bigger social change in India. I noticed that  there was no single repository where citizens can list all the issues that they face on a daily basis. This was when the thought of creating a platform which brought together people who want a change and those who are eager to bring the change came to my mind. Our mission is to get close to around 1 million citizens and changemakers on board across the nation.”

Appreciating the development, Sameer Khana, Founder and CEO Orahi said “We would like to take this opportunity to congratulate Akshat on his new venture. It’s wonderful to see the enthusiasm and vision that he brings in at this tender age. We wish him best and will encourage him in every possible way.”

Launched as an initiative to bring about change, ChangeMyIndia.org endeavors to bring its changemakers closer to everyday real-world problems faced by Indian citizens and assist them in addressing these concerns by devising innovative tech and non-tech solutions. The team behind the idea, along with Ashoka Youth Venture, assigns some of the problems to these citizens and grooms them to come up with concrete solutions. The platform currently has more than 1000 citizens registered as a part of its growing network.