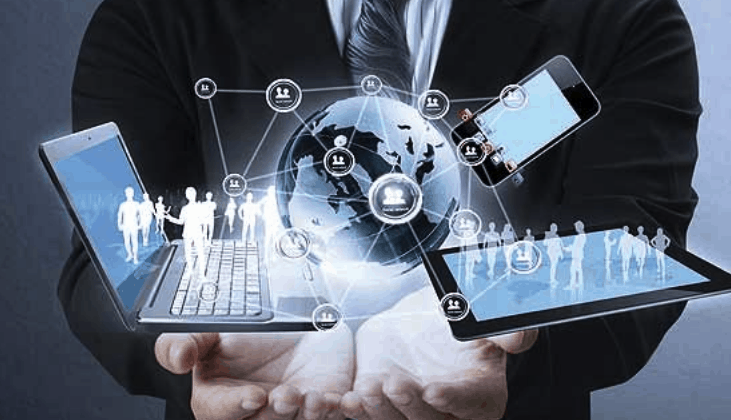 It is that time of the year when we look back, to look ahead. In retrospect, 2016 can be called the year of disruption. Many technologies, considered as ‘hype only’ slowly gained mainstream attention. While cloud consolidated on hybrid, technologies like IoT saw significant traction on the industrial side of things and started impacting verticals like manufacturing, healthcare, retail, et al.

Before diving into the tech outlook for the year ahead let’s try and decode the market for the adoption of emerging technology. If we divide the market across consumers and enterprises, both are related. For instance, the impact will be felt across the consumer segments cutting across the devices we use. On the part of the enterprise, this will make it happen to consumer as well consuming whole lot of emerging tech to up business and operational efficiencies.

We have granulated the following tech trends based on predictions advanced by multiple research companies and vendors. We believe 2017 would be evolutionary in terms of emerging tech and re-engineering established tech as CIOs and CTOs looking at proof points will embrace newer ones and judiciously blend old with the new. Welcome to the age of hybrid computing.

In the cloud evolution, this is going to be significant. While server virtualization has rationalized the server sprawl in many enterprises, you still have servers ‘on-prem’. Here is where ‘Serverless Computing’ comes into play. In this form of computing, the server resides with the cloud service provider in which developers run their applications off-prem.

An example of serverless computing is AWS Lambda, which lets you run code without provisioning or managing the servers. Information available in AWS site suggests that by serverless computing, you pay only for the compute time you consume – there is no charge when your code is not running. With Lambda, you can run code for virtually any type of application or backend service – all with zero administration. Serverless computing is expected to be a significant trend as we move forward. For instance, Gregor Petri, a member of the Gartner blog network wrote, “We are now a year further and the term ‘serverless’ is taking on unexpected proportions. With some even seeing it as the successor to cloud in general or at least as a successor to the clouds’ poorer cousin in terms of revenue, hype and adoption: PaaS.” The market is also heating up for serverless computing; in the fray are IBM, Microsoft, Google and more recently Dell.

Hitachi Data Systems (HDS) in its Business and Technology Trends for Asia Pacific 2017 rates bimodal IT as a prominent trend for the upcoming year. According to HDS, bimodal IT refers to two modes of IT: n Traditional — emphasizes safety, accuracy and availability. n Nonlinear — emphasizes agility and speed.

In the same way, hybrid cloud will continue to be the predominant model for years to come, so too will bimodal IT continues to be necessary. While many may wish for the ability to simply do away with legacy application stacks and start afresh, the reality of the need for business continuity built on well understood and supported mission-critical systems continues. IT must be able to manage both modes and implement systems that can bridge between them. Converged infrastructure solutions can modernize mode 1 systems and bridge to mode 2 ones via orchestration and cloud-ready interfaces says company sources. According to Russell Skingsley, Chief Technology Officer of Hitachi Data Systems Asia Pacific, “From a storage perspective, it is important that data from both IT modes can be leveraged, so organizations will look more to systems that can bridge the gap between the two. This means the ability to present cloud protocols, the capability to be instantiated on-premise or in public clouds and to facilitate data mobility between these environments.”

While the need to operate bimodally may be seen as a necessary evil, organizations will not tolerate data being stranded in mode 1 islands at the cost of valuable business insight. Tools like Pentaho Data Integration, that can bring together the data warehouse of mode 1, with the unstructured data of mode 2 to provide users with a clear view of all their data, will gain significant traction.

We are listing IoT here on the premise that 2016 was the year of aggressive conversations and early adopters in terms of IoT. The year ahead is expected to create ample IoT proof points that will act as a catalyst for larger adoptions. With the prospect of a hyper-connected world getting real by the day, the array of interconnected devices will pose a big security challenge as well. It is in this context we believe IoT security will pan out to be a bigger trend as we move forward.

Gartner predicts that by 2020, more than 25% of identified attacks in enterprises will involve IoT, although IoT will account for less than 10% of IT security budgets. Security vendors will be challenged to provide usable IoT security features because of the limited assigned budgets for IoT and the decentralized approach to early IoT implementations in organizations. Vendors will focus too much on spotting vulnerabilities and exploits, rather than segmentation and other long-term means that better protect IoT.

HDS calls this as a significant trend. The company says that data is becoming increasingly valuable. A recent IDC research suggested that 53% of organizations in the region consider big data and analytics important and have adopted or planned to adopt it in the near future. Companies are finding new ways to correlate and merge data from different sources to gain more insight, while repurposing old data for different uses.

“It is a clear lesson learnt from the highly disruptive internet-based businesses that the ability to wield data effectively is extremely valuable. Many of these businesses are fundamental data, a simple interface and insightful business logic. Traditional enterprises realize now that they have not used their valuable data as effectively as they might have,” says HDS’s Skingsley. To ensure the governance and accessibility of this data, IT needs to create a centralized data hub for better management, use and protection of their data. This centralized hub will need to be an object store that can scale beyond the limitations of traditional storage systems, ingest data from different sources, and provide search across public and private clouds as well as mobile devices. Skingsley calls this the ‘repository of everything an organization knows’ and believes that organizations can no longer abide by archiving or backup systems that leave this potentially important data stranded.

Artificial Intelligence and Advanced Machine Learning According to Gartner, “Artificial Intelligence (AI) and advanced machine learning are composed of many technologies and techniques (deep learning, neural networks, and natural language processing [NLP]). The more advanced techniques move beyond traditional rule-based algorithms to create systems that understand, learn, predict, adapt and potentially operate autonomously. This is what makes smart machines appear intelligent.” Gartner believes that ‘Applied AI’ and advanced machine learning will give rise to a spectrum of intelligent implementations, including physical devices (robots, autonomous vehicles, consumer electronics) as well as apps and services (virtual personal assistants [VPAs], smart advisors). These implementations will be delivered as a new class of intelligent apps and things as well as provide embedded intelligence for a wide range of mesh devices, existing software and service solutions.

Intelligent apps such as VPAs perform some of the functions of a human assistant making everyday tasks easier (by prioritizing emails, for example), and its users more effective (by highlighting the most important content and interactions). Other intelligent apps such as virtual customer assistants (VCAs) are more specialized for tasks in areas such as sales and customer service. As such, these intelligent apps have the potential to transform the nature of work and structure of the workplace. Over the next 10 years, virtually every app, application and service will incorporate some level of AI. This will form a long-term trend that will continuously evolve and expand the application of AI and machine learning for apps and services. (Source: Gartner)

Blockchain is a type of distributed ledger in which value exchange transactions (in bitcoin or other tokens) are sequentially grouped into blocks. Each block is chained to the previous block and recorded across a peer-to-peer network, using cryptographic trust and assurance mechanisms. Blockchain and distributed ledger concepts are gaining traction because they hold the promise to transform industry operating models. While the current hype is around the financial services industry, there are many possible applications including music distribution, identity verification, title registry and supply chain. Distributed ledgers are potentially transformative but most initiatives are still in the early alpha or beta testing stage. (Source: Gartner)

According to a definition advanced by Deloitte, it says ‘Cognitive analytics’ is a term used to describe how organizations apply analytics and cognitive computing technologies to help humans make smarter decisions. While cognitive as a concept has been around for ages, it is getting attention due to the massive increase in computing power which gives enterprises to leverage to mine data and gain better insights and outcomes.

Research firms like IDC believes that over the next few years, enterprises of all sizes, will have access to a new generation of intelligent software tools and application that will automate some decision-making and business processes to augment the human work involved in other processes. According to Dan Vesset, Group Vice President, Analytics and Information Management Research, IDC, “These systems are at the forefront of digital transformation, and enterprises need to understand where and when these technologies will have the biggest impact on their organizations.”

9. TRANSITION TO THE CLOUD

Analysts term that cloud first strategies are the foundation for staying relevant in a fast-paced world. “It is clear that the predominant cloud model for the foreseeable future will be hybrid, as most understand the agility benefits of cloud but are not willing to move entirely to the public cloud at this point. We expect this to continue throughout 2017,” observes Skingsley. As a result, IT managers across APAC will be focused on developing skills in cloud monitoring, cloud workload performance and security management, along with cloud capacity management. Instead of buying infrastructure from different vendors and knitting them together with management software, IT will want access to the converged systems required to deliver infrastructure-as-aservice. These will enable enterprises to drive out even more cost and streamline infrastructure operations even further by combining converged solutions.

DevOps has been the conversation point for the last two years. DevOps is not a technology per se. It is a combination of best processes, policies and technologies that makes for agile parallel development that enables high quality software delivery. As some analysts like Gartner puts it, “One specific focus of DevOps for some IT organizations is the shift towards configuration as code. In this context, DevOps borrows from the fact that as developers’ code applications with business logic, the infrastructure can be coded via configuration logic or directives.” IT organizations need to roll out apps with shortest possible lead-time and create an agile and elastic IT infrastructure. How does one do it? The answer lies in DevOps. In 2017, DevOps culture will further escalate and it will become the mainstream software development hygiene factor.

Posted by: Shrikanth G
View more posts
Tags:CIO, CTO, enterprise IT, Serverless Computing, Tech Trends 2017
10 key technologies that will disrupt the market in 2017 0 out of 5 based on 0 ratings. 0 user reviews.
Smart-dustbins will allow Delhiites to recycle their plastic garbage
NIIT collaborates with IIM Calcutta to launch LEAD program for professionals

Are You A New Age CIO?