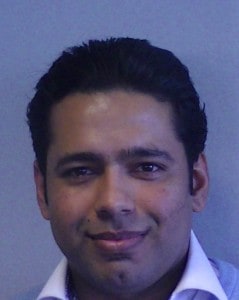 On 7th May 2015, mayhem was witnessed on Dalal Street when the BSE Sensex and Nifty fell more than 2 percent on Wednesday to their lowest in four months. This crash reportedly took place due to strong selling on algorithmic trading platforms.

Firstly, let us look at some of the key takeaways from this crash as far as the numbers are concerned. (Please note that these data points have been rounded off, and have been collated from third party data sources)

While the numbers above do speak for themselves, I believe that the markets crashing on 7th May was not due to misuse, misbehavior of any algorithm. It’s only that the FII clients who wanted to trade (sell) their positions, used algorithms for better execution of their larger basket orders. Algorithms only helped achieve better executions.

The reasons for sell-off are believed to be macro based, including funds moving from India for a Chinese IPO, and other India specific factors including higher crude prices, government policy implementation delays etc.)

It is with this backdrop that I would like to discuss a few myths about algorithmic trading that require the attention of all the stakeholders involved in this complex landscape.

Algorithmic trading and other technology advances
If we take a step back and look at the growth in trading volumes in this decade; it has been made possible only with the use of technology.  Technology has helped in automating the dissemination of market data and other relevant information by exchanges and trading participants; capturing and consolidation of market data from various exchanges and other sources of relevant information; making complex calculations on live and historic data, leading to trade decisions; trading and managing risk; lowering the latency and cost of trading and in automated algorithmic trading.

Technology is heavily and generally efficiently used by various market participants including buy side, (fund managers maintaining huge portfolios for “longer term” investments), sell side firms (brokers providing various retail and institutional investors access to financial markets), High Frequency Traders – HFTs (who trade in huge volumes aggregating small profits in as many trades as possible, this typically includes arbitrageurs and market makers), quant algo traders (who use quantitative models to predict the future prices etc.), exchanges (who are the liquidity aggregators forming markets), and various other market participants. Each stakeholder mentioned above has a significant role in the orderly functioning of the financial markets.

According to some estimates, over 75% of US equity trading and over 60% of UK trading can be accounted to algorithmic trading. These numbers are believed to be around 30%-45% in Indian markets.

The three myths of algorithmic trading

Following are the three myths around algorithmic trading that need to be addressed:

Myth 1 : The retail Investor has a disadvantage and cannot access the same arbitrage opportunities due to lack of access to same technology as HFT firms

The retail Investor does not try to do sub second arbitrage the market in the first place. It’s like saying a cyclist cannot ride as fast as a car on a high-way and car-drivers should be stopped or slowed down. Retail investors should look to take slightly longer term view as they had been doing historically.

Myth 2 : Institutional investors can also not compete with the HFT firms’ rise in technology
HFT firms had been driving the use of technology and advancement to low latency trading. In their constant RnD process, they have stepped up in the technology value chain and have enabled the Institutional investors with good and efficient trading tools at affordable prices.  For example, execution algorithms like VWAP, Smart Routers were not available to Institutional Investors a decade or two ago, but HFT firms led RnD and trading styles have made execution algorithms available to other Institutional as well as Retail Investors indirectly. Also, the objective of the Institutional Investors is typically to manage portfolios over with longer horizon targets rather than intra-day small price movements.

Myth 3:  HFT firms lead to market failures and crisis like Flash Crash in 2010, Knight Capital’s loss in 2012, etc.
In the absence of HFT, there had been ample crises in the financial industry (and in several other industries too) including the LTCM Crisis in 1998, Sub-Prime crisis in 2007, where the human processes have led to major crisis in the markets.

The use of technology if managed well and regulated efficiently can actually reduce the probability and scale of such events. For example, if an airplane crashes, it does not make the air travel a bad thing. Air travel brings lots of benefits to our social and economic growth that it’s worth it despite rare unfortunate crashes. The regulators in that industry focus on ensuring the safety of passengers and plans is an utmost priority for the airlines.  In a similar way, HFT firms understand the risk management priority and usually target to mitigate and manage risk first, and then focus on profits.

In conclusion, regulators should embrace the constructive technology developments in financial markets that support growth of businesses and the economies. Their goal should be to understand the market behavior . Advancements in technology bring transparency to the market and enhance risk management measures. To avoid market crashes, one must back test algos against extreme events, kill switches (for cancelling all trades when things go wrong), enforce compliance and track patterns that may lead to systemic risks. These initiatives will lead to a solid and comprehensive risk management approach across the financial industry.

Posted by: DQINDIA Online
View more posts
Tags:7th May 2015 Sensex Crash, Algorithmic trading, Kunal Nandwani, uTrade
Why algorithmic trading must not be blamed for market crashes? 0 out of 5 based on 0 ratings. 0 user reviews.
Indian Government to spend $6.8 billion on IT in 2015, predicts Gartner
Now, get income tax return updates on your smartphones