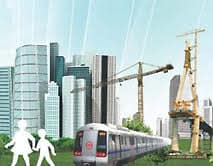 Several reports suggest that the urban population in India is expected to rise by more than 400 mn people to 814 mn by 2050. India, therefore faces the kind of urbanization which was earlier seen in China. To stand up to this challenge, the newly elected government has proposed the smart city project which aims to create 100 cities in India by 2022, though only 22 cities have been chosen for the first phase. Indian citizens, empowered by the digital tech, expect quality in the government services. Hence the public authorities are seeking to reduce costs and raise performance by adopting technological approaches in the delivery of public services. To this end, the smart city initiative is gaining momentum.

Smart cities will no longer be smart enough without the deployment of smart solutions in every aspect of these cities. While there are several key aspects to this, smart cities will consume smart meters, sensors and management systems, to name a few. These tools and solutions will play a big role in the smooth functioning of these cities. ICT will help these cities to allocate resources properly. There would be barely any leakages as the resources will be used in an adequate manner. There would be more usage of renewable energy. Security would be elaborate as the sensors powered by IoT systems will keep watch on each nook and cranny.

At a city-wide scale it’s about connecting, servicing and supporting devices in a framework that manages consumption and encourages efficiency. In our search for some of the key questions around smart cities, we asked the solution providers and sought their insights on how these cities can be built. One of the key points which seldom emerges is that it would be unfair to generalize the smart city concept globally. India’s smart cities can not be the lookalikes of the smart cities in Europe or the USA. Cultural and geographical challenges are bound to shape up the cities differently in every part of the globe. 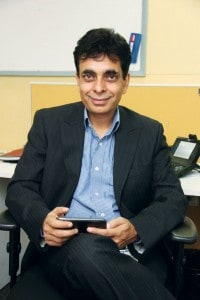 Currently, majority of the states in India are blueprinting plans around how the smart city roadmap is going to be ready. While some of the states are ready to go to the next stage, others are still in the process of creating the blueprint. Cisco is already in discussions with various state governments to transform around 20 cities into smart, connected ones. Some of the Indian cities Cisco is already in an advaned stage of discussion are Jaipur, Pune, Nagpur, Navi Mumbai, NDMC and Lucknow, Madhya Pradesh, Punjab, Andhra Pradesh. Beside this we are also working with some private smart cities, industrial townships, and large IT campus to be developed as smart cities.

The cities are :
Jaipur Smart City: In an effort to make Jaipur a smart city, Cisco announced its partnership with Jaipur Development Authority wherein Cisco has set up the digital infrastructure to offer citizens amenities including connected transport, interactive kiosks, wireless broadband, safety and security services, traffic management and environmental updates. To manage the city with greater efficiency and effectiveness, Jaipur will also have a Command and Control Centre as well as a Response Control Room powered by Cisco technologies

-To make Lucknow a safer city, Cisco along with Mahindra Defence Systems, is working towards a project under a Rs. 40 crore contract

-About 10,000 drones are expected to be installed across the city over the next one year

-Including Navi Mumbai, the company is carrying out five more smart surveillance projects

Cyber Security and resilience – The fulcrum for building smart cities

By: Shrikant Shitole, Managing Director, India, Symantec The concept of smart cities has evolved from…