Blockchain.com is the most trusted and fastest growing crypto company, helping millions across the globe have an easy and safe way to access cryptocurrencies. Garrick Hileman, Head of Research at Blockchain.com, tells us more in an interview. Excerpts: 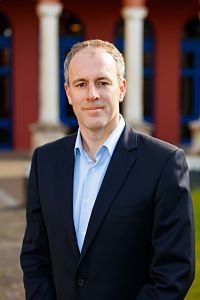 DQ: How has been India’s reaction overall, towards cryptocurrency, and what is the current status of cryptocurrencies in India?

Garrick Hileman: The reaction has been positive in terms of demand and interest amongst Indians everyday in cryptocurrency. However, access to cryptocurrency has been limited due to some regulatory uncertainty than in other markets, where there has been more regulatory clarity and more opportunities for entrepreneurs to build bridges to the Indian market.

DQ: Can we, in future, see ICO replacing IPO as a mode of raising money? As many companies took a route of having an initial coin offering, rather than IPO?

Garrick Hileman: Well, I don’t think the ICO is ready to replace the IPO. The ICO phenomenon is still relatively new. And, not every company or project needs a token, which is generally an important component of the ICO phenomenon.

However, as companies begin to tokenize their equity and other parts of their businesses, we may see more initial token offerings. So, an ICO is a new term that we might start using to reflect that digital tokens represent more than just the currency for payments. They can represent an ownership stake in real estate or even a stock, a traditional equity but in a digital token format.

DQ: Suppose, everything works out from RBI, and you get a chance to onboard a leading bank, what challenges you may face?

Garrick Hileman:  It really varies in terms of the amount of time to onboard a bank, based on the bank, the market, and the regulatory environment.

One of the things is, we do not have a payment gateway in India yet ourselves, and that’s a goal for blockchain.com. We found, in our experience, going from different markets is that it’s very market dependent in terms of how quickly we are bringing in a payment partner, or making partner — how long does it take.

Regulations are often very local, and particular to a given market. So, it’s hard to generalise about how long it will take and also different institutions have different speeds.

Some banks are prioritizing crypto and fast tracking onboarding new companies. Others are taking a more cautious approach as they learn more about this new asset class. And, the complexity and challenges with making sure that any banking business is compliant.

DQ: How fast can the Indian banking system embrace blockchain, as the kind of data they have will take immense amount of time?

Garrick Hileman: The Supreme Court rulings certainly helped, and we’ve seen some progress since then. However, there are still various regulatory bodies and authorities who do not share the view that cryptocurrency is something that the Indian marketplace should embrace. So, there’s still more work to be done in India, on clarifying the regulatory environment.

Once that is clear, you’ll see a proliferation of business, banking relationships, entrepreneurial activity, investment growth, all the positive things that we’ve seen associated in marketplaces that have prioritize cryptocurrency innovation.

My worry is that India risks falling behind to other tech hubs that are taking a more positive view about the multiple benefits of cryptocurrency innovation occurring in your backyard.

DQ: We do hear news of wallets getting hacked, and that raises the question on legitimacy of security that blockchain claims. As of now, very small amount of money is involved, but, when banks get involved, how will it make sure this never happens?

Garrick Hileman: Security is a never-ending struggle, and blockchain has already improved some areas of security. But, the third parties and intermediary companies that operate in the blockchain technology space have, unfortunately, oftentimes been hacked. It’s not so different than what we see in other sectors of the economy, such as traditional banks, other tech platforms that hold our data. These are also getting hacked as well.

So, security is just a huge challenge for society as a whole. One thing that has not been hacked yet are the cryptocurrencies themselves, Bitcoin and Etherium. Bitcoin has been operating over 11 years now without suffering any kind of hack, which is a remarkable accomplishment. It’s the most powerful computing network in history and that’s never been hacked.

That’s the most fundamental reason why we are talking about cryptocurrency and blockchain technology today is because of that security on the protocol layer itself.

DQ: We also hear that blockchain technology consumes a lot of energy and power. Is this true?

Garrick Hileman: In some cases, yes, the bitcoin network does consume a significant amount of energy, while other blockchain protocols take a different approach to security, and consumes substantially less energy.

We believe that a significant portion of bitcoins energy that is consumed is renewable energy. But, we also know, in China, and some places, coal is still used to power bitcoin computing given its relatively low costs. So, energy consumption is one of the trade offs for creating a new technology and having it remain secure.

Many people and myself included, believe that the energy that we are expanding on the advancement of cryptocurrency and blockchain technology is a useful trade off compared to other uses for that energy.

But, it’s something that hopefully, we can improve on in the years to come, lower carbon footprints, less energy consumption, or even more consumption of renewables than currently takes place.

DQ: How are peer-to-peer networks being managed for crypto?

Garrick Hileman: In the case of bitcoin, it’s the largest computing network ever created by several orders of magnitude in terms of the computing power. It’s far larger than Google or any other computing platform by a massive margin, which is hundreds of times larger. And, it would take an entity that would either possess, or control, more than 50% of the computing power to half the coin.

Assembling that kind of computing power under the control of a single attacker would cost billions and billions of dollars. It’s quite possible that it would prove very effective, and you could assemble the level of computing power due to various countermeasures that can be deployed to halt such an attack. There are massive economic and technical hurdles to attacking bitcoin that so far has remained resilient.

Those hurdles arguably continue to grow. In other words, bitcoin gets stronger. It seems that every year, because the computing network continues to grow and empower substantially.

DQ: Developed countries might get fast in accepting this trend, but developing countries will still rely on actual value. How would this be handled, as this gap may result in using the fair value of coin for transaction at the developing country’s end?

The way that happens is that you create a really compelling 10x better product and service. Cryptocurrency has done that, as well. Already, there are more users of bitcoin, which we estimated over 15 million people around the world in just a little over 11 years than there were in the first 11 years after the first personal computer was invented, or when the Internet was invented. Bitcoin and cryptocurrency are already growing faster than the Internet and the PCs.

That is one of the most positive data points that we can look at, and thinking about will this continue to grow to be billions of users like smartphones, the Internet, and applications like WhatsApp. The growth rate is still quite phenomenal for cryptocurrency. If it continues growing at this rate, it will reach a billion users in the not too distant future